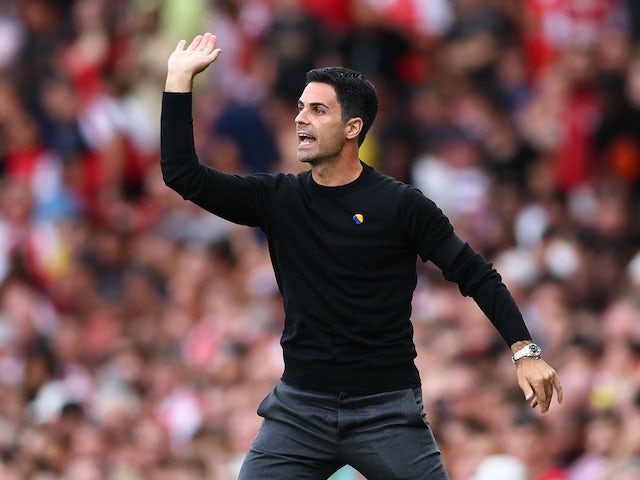 Former FIFA and Premier League referee, Keith Hackett has wondered why Mikel Arteta was not given a straight red card during Arsenal’s 3-2 victory over Manchester United at the weekend.

Arsenal beat Manchester United in a crucial match that made people start having more belief in their ability to win the Premier League this season.

Marcus Rashford gave the Red Devils the lead but Eddie Nketiah levelled things up and Arsenal took the lead through Bukayo Saka.

Manchester United then equalised through Lisandro Martínez. The Gunners became relentless until in the 90th minute when Nketiah flicked it home from close range.

But Hackett told Football Insider, “We had the Leeds United manager red-carded and suspended from the touchline earlier in the season. I think that has to be the case for Arteta. He should have been sent off. He’s never in his technical area.”

The Englishman further insisted that Arteta’s behavior is “getting out of hand” and urged PGMOL (Professional Game Match Officials Board) boss Howard Webb to “clamp down” on such outrageous reactions in the future.