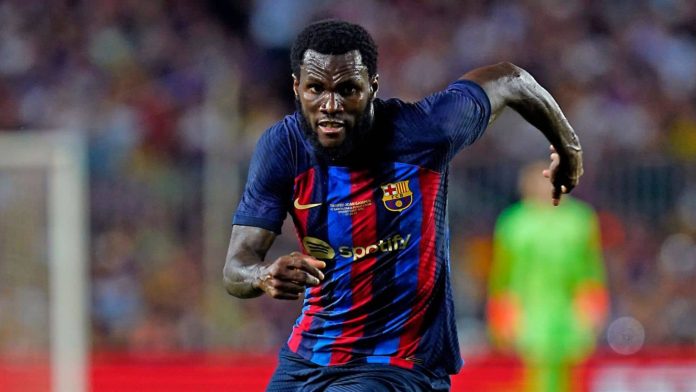 Barcelona midfielder, Franck Kessie is set for a shock transfer to Chelsea amid the ongoing January transfer window.

According to the Telegraph, Kessie is on Chelsea’s radar this month.

The 26-year-old signed a four-year deal with the Catalan club, but he has struggled for consistency.

Chelsea are looking to pick up a midfield addition, and their directors are keen on Kessie joining the west London club.

The Blues, who have already spent around €143m in this transfer window, will have to battle Inter Milan, who are also interested in the Ivorian.