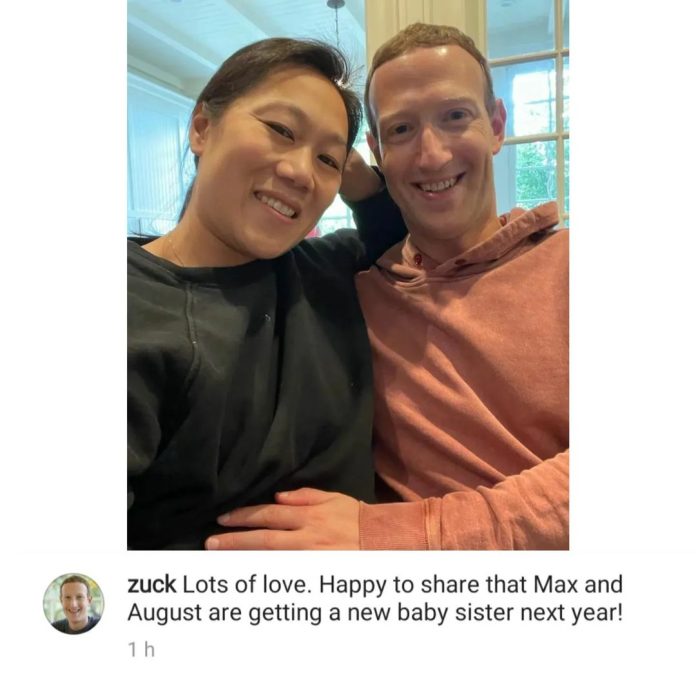 Facebook founder Mark Zuckerberg has announced that he’s expecting his third child – hours after it was revealed that his net worth had plummeted by $71 billion.

The business mogul, 38, shared the exciting baby news via Instagram amid reports that he had lost billions of dollars after attempting to pivot into the metaverse.

Mark shared the good news on his Instagram page this afternoon, September 21.

”Lots of love. Happy to share that Max and August are getting a new baby sister next year!’

‘The announcement comes less than a day after Bloomberg reported that the entrepreneur had lost a big chunk of money over the last year.

According to the outlet, he was worth $142 billion in September 2021, but as of Tuesday, his net worth was reported at a mere $56 billion.

The economic headwinds meant that Zuckerberg was ranked 20th among global billionaires – his lowest spot since 2014.

The New York-born billionaire has seen his fortune steadily slip away since he launched Meta, Facebook’s parent company, in October 2021.

In February, Meta revealed no growth in monthly Facebook users, triggering a historic collapse in its stock price and slashing Zuckerberg’s fortune by $31 billion – resulting in one of the biggest one-day declines in wealth ever.