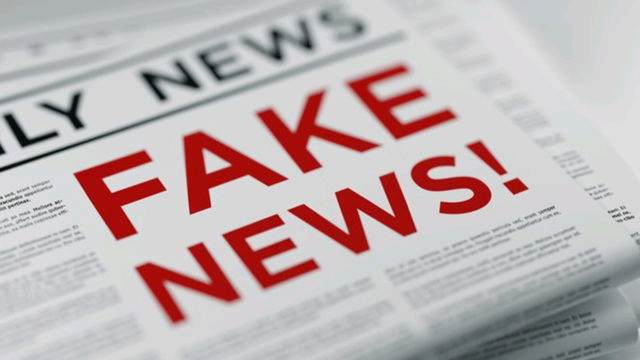 Federal Government has raised the alarm over what it called an “increasing resort to fake news and disinformation by a section of the media,” warning that this portends a serious threat to the success of the 2023 general elections.

Minister of Information and Culture, Lai Mohammed, disclosed this, yesterday, during the fourth media briefing series to highlight the achievements of President Muhammadu Buhari’s administration, from 2015 to 2023.

The minister noted that fake news and disinformation constitute a major threat to the polls, besides thuggery, insecurity, vote buying and attacks on facilities of the Independent National Electoral Commission (INEC).

He said: “In recent times, we have all witnessed how a letter, purportedly from INEC, was used to cast aspersions on the candidate of the ruling All Progressives Congress (APC).

“Shortly after that, the death of an innocent man was turned into a political tool to further attack the same APC candidate. Of course, there have been other cases similar to the two I have just enumerated. This is a dangerous development, which must be nipped in the bud.”

The minister warned that if opposition parties suddenly realise they are unable to match the ruling party in a free and fair election and resort to fake news and disinformation, “the media should not allow itself to be used for that nefarious purpose.”

He said since the launch of a national campaign against fake news, disinformation and hate speech in 2018, the ruling party’s strategy has been the use of persuasion and enlightenment rather than coercion.

“That was why we partnered with a number of media houses for the campaign. But it would seem as if that is not deterring those who are bent on using these as tools of destabilisation, destruction and distortion.”

He, therefore, cautioned “purveyors of fake news and disinformation, especially in the run-up to next year’s elections, to stop forthwith.”

Minister of Interior, Rauf Aregbesola, who also took turns to highlight the achievements of his ministry and its agencies, said: “Nigerians live better and more secure.”

He warned that never again would facilities under the ministry be destroyed, restating that he has ordered his men to deal decisively with any violator.

Aregbesola said Federal Government has concluded an investigation into July 5, 2022, Kuje Medium Custodial Centre attack by Boko Haram, which led to the escape of many inmates, including detained members of the sect.

He said while some escapees have been recaptured, the number of those still at large remains high.

On the report of the investigation, he said: “We have levels of investigations. We have finished our own and sent the report. But, as a security matter, we will not disclose the issue here. That is all I can say.”

Also, on challenges faced by Nigerians in procuring international passports, Aregbesola hinted there is no nation in the world where passports are obtained on demand. He insisted there are enough booklets, saying delays were a result of insufficient centres for data capturing.

He added: “We don’t have enough processing and data capturing centres across the country; this is the major challenge. For instance, we have only three centres in the whole of Lagos State.

“But I can assure you that before this administration leaves, by May 29 next year, Lagos will have, at least, 20 processing centres.

“We will open processing centres in Daura, Oyo, Zaria, Alimosho, Defense Headquarters, Head of Service, and one in the Ministry of Interior.”