Fasehun, the Legend who saw tomorrow By Felix Oboagwina 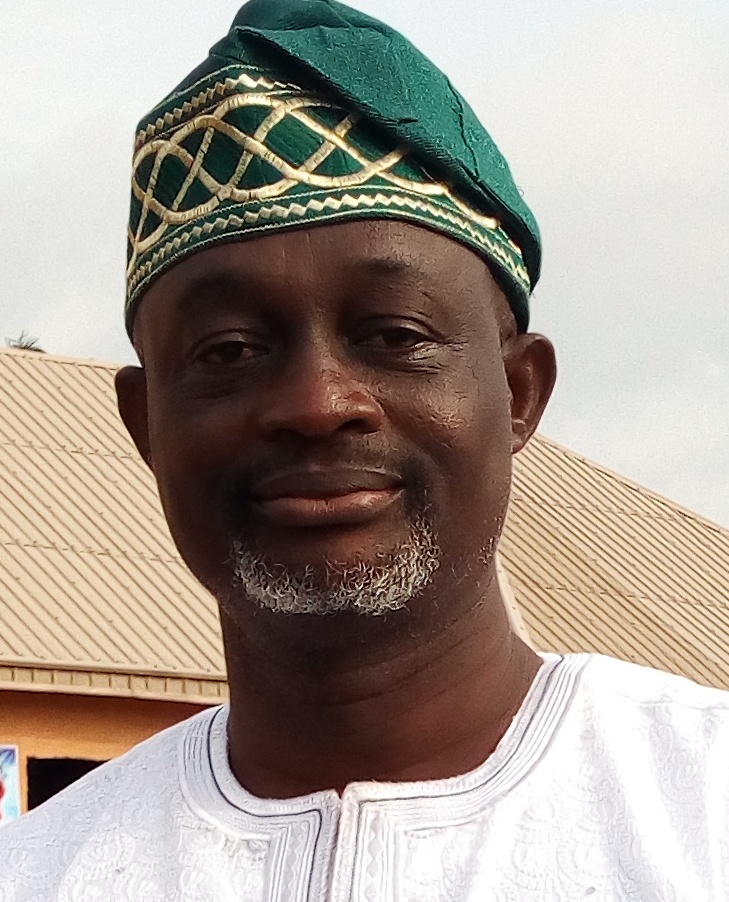 I am a guest in the home of this politician in one of the South-West states. They are in the thick of preparing for their party’s major event and his modestly-sized compound is bristling with people this night. Everyone who comes in a vehicle parks outside and walks in. But a couple of  hours after my arrival there, the security man suddenly opens the premise’s formidable gates and this Venza drives in and parks beside my host’s line-up of vehicles.

Someone quickly observes: “The motor is carrying a number plate reading, OPC.”

What catches everyone’s attention is the audaciousness with which the duo now approaching my host make their entrance. Clearly, they are meeting the politician for the first time. Even then, who “born” the security detail that will muster the effrontery to stop a branded OPC car from breaking protocol and driving into a private compound?

OPC, Oodua People’s Congress’s Founder, Dr. Frederick Fasehun, died two years ago on December 1. Yet the flame of his ideals continues to burn through millions of OPC members. Hate OPC or love OPC, you cannot but acknowledge the fact of members’ boldness; they trample upon grounds where spirits fear to tiptoe.

Nobody closely associated with Fasehun the son of Oodua will ever remain a coward. Who even remembers him as the first African practitioner of the Chinese art of Acupuncture or for being a quintessential Medical Doctor and Founder of Besthope Hospital in Mushin part of Lagos or that he helped found the country’s first unregistered Labour Party or contested to be Nigerian President? OPC was his niche, his calling, his destiny. And for ages to come, people will remember him as the establisher of this militant vehicle that he himself labelled a “socio-cultural organisation.”

The soft-spoken Scottish-trained Medical Doctor founded OPC in 1994 as the Yoruba’s answer to the insult the military poured on their race by annulling the June 12, 1993 presidential election acclaimed to have been won by Bashorun M.K.O. Abiola. Abiola hailed from the Yoruba town of Abeokuta. People died. The soldiers made canon-fodder of OPC members. But the harder the bullets rained, the harder OPC came. They became a formidable part of the foot-soldiers of NADECO, the umbrella organisation for Nigeria’s pro-democracy allies of those days. The casualty figures of unsung OPC warriors who died for the course are still being whispered with tears and goose-pimple horror. Finally, their supreme sacrifice counted for something. The country caved in and allowed only Yoruba candidates to monopolise the contest for the 1999 election. Obasanjo won.

When the National Assembly swore fire and brimstone to impeach Obasanjo, Fasehun led out OPC in a formidable show of force and a peaceful demonstration that locked down Lagos the entire day. The anti-OBJ Motion quickly died without a whimper. Why had he saved the neck of a man who took no special interest in him? Baba explained that he created OPC to protect Yoruba interest and dispense justice to their neighbours, what bigger interest did Yoruba at that time if not the Yoruba President?

But like the recuperating invalid who repays his caregiver nurse with loud farts, OBJ extended no reward to his benefactor. In fact, he once ordered them shot-at-sight. He clamped Fasehun into a long detention alongside five other OPC leaders over an altercation among road transporters with whom Baba had no dealing whatsoever. Fasehun was still wearing the Aso-Oke Agbada he adorned to celebrate his 70th birthday that fateful day. But Fasehun bore no grudge.

He would have turned 85 years on September 21.

His blood and DNA oozed social justice. When he took up the campaign to free Major Hamza Al-Mustapha from a 13-year spell in detention, Fasehun made strange foes. His Yoruba kinsmen and his civil society comrades excommunicated him for purportedly dining with the enemy. In fact, it cost him his seat in the Yoruba Education Trust Fund (YETFUND) that he founded, funded and housed. But an altruistic spirit pushed him towards Al-Mustapha.

“With what will Al-Mustapha reward me?” he used to tell us whenever we brought it to his notice that the intervention was alienating him from friends and traditional base alike. “Why should I fight for the freedom of a man who served in a regime that did me ill, killed OPC boys and threw me into solitary confinement for years? But injustice to even the devil is still injustice. And I am sworn to fighting injustice. So I will fight for Al, even if he were the devil himself.” 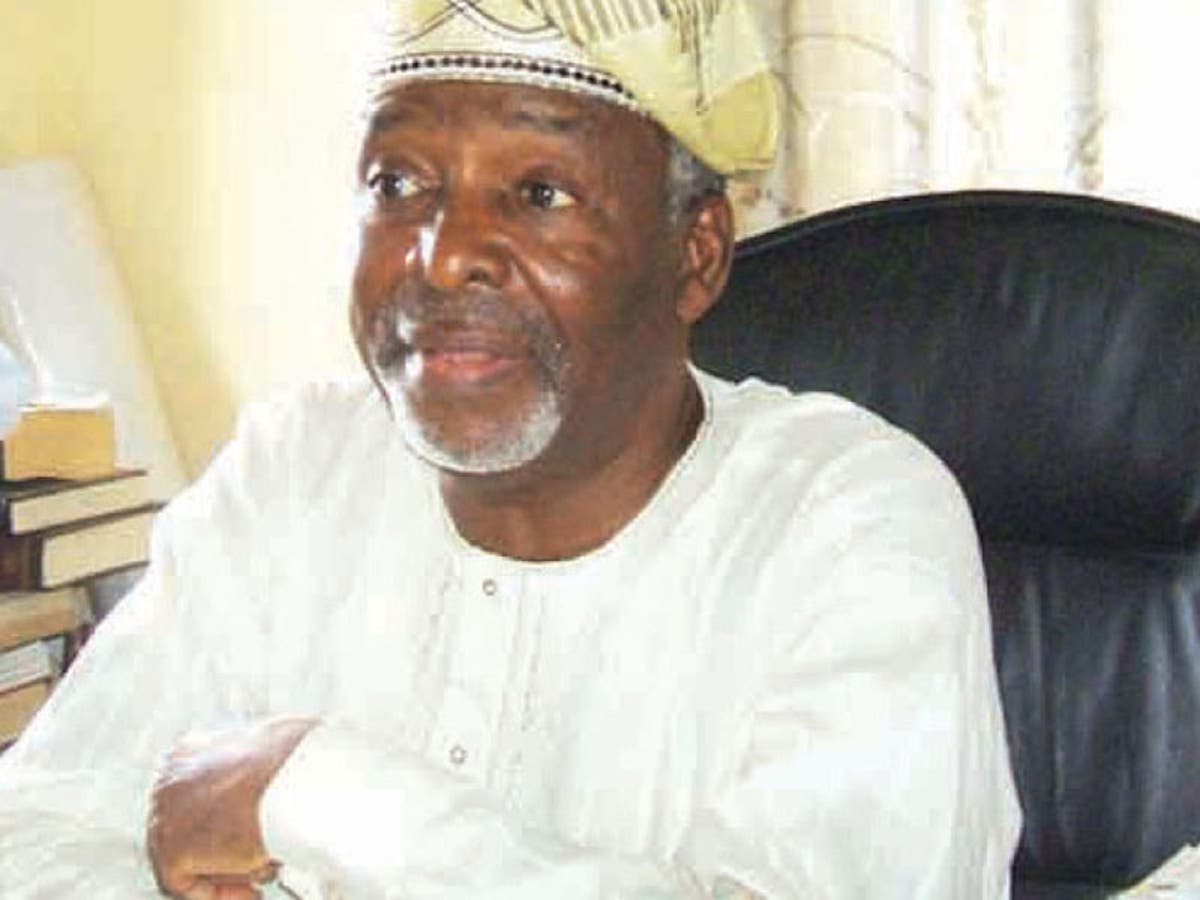 And there were innumerable instances of that resolve. One particular day, Fasehun was livid. A woman, an Igbo woman, came to his Century Hotel at Okota in Isolo area of Lagos, weeping. The tale she narrated sent Baba boiling and he summoned his boys to fetch the offender immediately. And who was this? A Yoruba Oba in Lagos, his son had raped the virgin daughter of the woman. Mourning, the woman approached the palace but attendants barred her from entering. For days, she hung outside the palace gate weeping. Finally, the monarch himself, visibly annoyed, came out and ordered his handlers to beat her to make her leave, but she stood firm. Then, Kabiyesi spoke the foulest of words: “If you refuse to leave, I will have you carried into my palace and the Prince will rape you as well!” Obeying their leader’s order, OPC boys in no time brought the Oba. Vibrating with anger, Fasehun ordered them to pluck off the Royal Majesty’s royal beads! It was unheard of: An Oba stripped of his royal beads publicly! Fortunately, Oba had not come alone. His chiefs fell to the ground, kneeling and prostrating, they begged Fasehun to j’ebure.

One dynamic OPC leader once became swollen-headed and considered himself a law unto himself in Lagos, raping, pillaging, assaulting and killing. Upon Fasehun’s instruction, OPC operatives quickly captured the criminal and submitted him to the authorities. Police promptly took the Black Sheep to the slaughter slab and wasted him. Baba pacified OPC to look the other way.

HIS CAUSES, HIS STRUGGLES

As he advanced in age, one would have expected him to slow down. Not Fasehun! He still maintained his jet-scale schedule. He chalked up miles on the road, on water and in the sky –Abuja today, Ondo the next, followed by Abeokuta, Kano, Ota, Yenagoa, Benin, Port Harcourt, Kaduna, Sokoto, Owerri and more. Fasehun would tell close associates that he encouraged the Niger-Delta struggle and made the first ever donation of speedboats and myriad items to the militants at their beginning. He in fact first mooted the idea of an amnesty programme for Niger-Delta crusaders before President Umar Yar’Adua adopted it. It was what he believed would dispense social justice to the people whose soil produced the lion’s share of the country’s income.

Baba believed in the Sovereign National Conference like kilode! And never did he hold a Press Conference without canvassing it.

When Abacha’s killer squad forced Chief Anthony Enahoro to flee, Fasehun led him out one dark night through the “NADECO route.” Fate also placed him and Dr. Beko Ransome-Kuti, his bosom friend, on the right spot when Abacha’s hyenas’ encircled Bola Tinubu’s compound in Ikoyi; the OPC Founder lent his shoulders for the Senator to scale the wall and flee into exile that fateful night.

Fasehun single-handedly funded the resuscitation of Chief Obafemi Awolowo’s Unity Party of Nigeria (UPN) in the Fourth Republic. He founded YETFUND. A journalist’s delight per excellence, Fasehun sustained for some years what he called a Quarterly Media Round-Table where he invited friends in the Press to, over sumptuous lunch, brainstorm on contemporary Nigerian issues and produce a communiqué. He fought, through several press conferences, advertorials and statements, the taking over of Southerners’ banks by Sanusi Lamido Sanusi, then G0vernor of the Central Bank of Nigeria (CBN), exposing the apex banker as a sly executor of a hegemonic Arewa agenda. He won from the Goodluck Jonathan government a pipeline security contract that he dreamt would employ and empower OPC members, but the next regime short-circuited the payment. He singlehandedly built a concrete toll bridge for pedestrians and vehicles to connect Jakande Estate with Okota in Isolo and ease traffic in that Lagos axis. The list of achievement is as formidable as endless.

Certainly, like any mortal, he had his failings. And they were myriads. But far be it from me to rob Baba’s antagonists the pleasure of chronicling his faults and foibles.

Baba was prolific as a social commentator. Is there any Nigerian, living or dead, who has held as many press conferences and released as many statements and taken out as many paid advertorials as Fasehun? Let him step forward. On these activities alone, my Inspired Communication Limited published a compilation of four books under the series, Arguments with the Sahara Wind. None of the books is less than 300 pages. The fifth volume had begun to take shape along with his Memoirs when death interjected in 2018.

Rather belatedly, South-West governors recently created Amotekun as their answer to the expanding net of insecurity. The man who saw tomorrow used to bemoan that these Yoruba governors did themselves harm by not deploying a fraction of their huge security votes to OPC and similar groups to keep the region secure as the groups had succeeded in doing in uncountable local neighbourhoods. In this season that the demons of insecurity wait to pounce outside its forests and highways, the South-West badly needs the reassuring shoulder of warriors like those in OPC to lean on. Concerned about the mushrooming of insecurity worldwide, this man who saw tomorrow approached the National Universities Commission (NUC) and began the processing of what he called the University of Security, Management and Technology (USMAT) in Ondo, his birthplace. For the embryo institution, he purchased over 300 acres of land. But Fasehun did not live to see the dream fully materialise.

Challenged about his gargantuan schedule even at old age, Fasehun would respond, “There will be enough time to rest in the grave.”

Take your well-deserved rest, the legend who saw tomorrow. Frederick Isiotan Fasehun, the son of Oodua, sun re o.