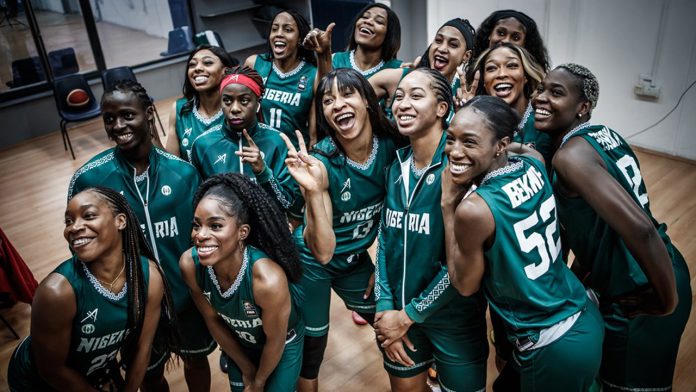 The world governing body for basketball, FIBA has replaced the Nigerian Female Basketball team D’Tigress with Mali’s national team, following a ban on the sport by the Federal Government.

This was disclosed in a statement by FIBA saying the Nigerian Basketball Federation had been unable to confirm its participation in the tournament.

The statement read, “FIBA was informed about the decision of the President of the Federal Republic of Nigeria to withdraw the Nigeria Basketball Federation (NBBF) from all international basketball competitions and activities for two years.

“In subsequent communications with the NBBF, and despite FIBA’s request, it has become clear that against the circumstances created by the government’s decision, the NBBF is unable to confirm its participation in the FIBA Women’s Basketball World Cup 2022”.

The governing body also noted that certain deadlines and (preliminary arrangements) could not be moved on account of the team as the (integrity) of the competition might be affected.

Mali was earlier knocked out by the Nigerian team during the World Cup qualifiers, but would now replace Nigeria in the competition slated to be held in September 2022.

“Given the multiple strict deadlines that cannot be postponed in order to ensure the successful staging of a major international event (visa procedures, schedules, ticket sales, accommodations, friendly games, preliminary rosters, flight tickets, accreditations, etc.) and to protect the integrity of the competition, the FIBA Executive Committee has decided as follows:

The statement also said that possible disciplinary measures against the Nigerian team would be communicated subsequently.

Nigerian President Muhammadu Buhari had announced a two-year ban on international basketball activities for the next two years.

Sports Minister, Sunday Dare had communicated Buhari’s approval to withdraw Nigeria from international basketball competitions, due to a leadership rift in the Basketball Federation.

He also said the withdrawal was aimed at (revamping) the sport from the grassroots.

FIBA had, in a letter addressed to the NBBF two weeks ago, warned that sanctions would be imposed on the team following the Nigerian government’s action.