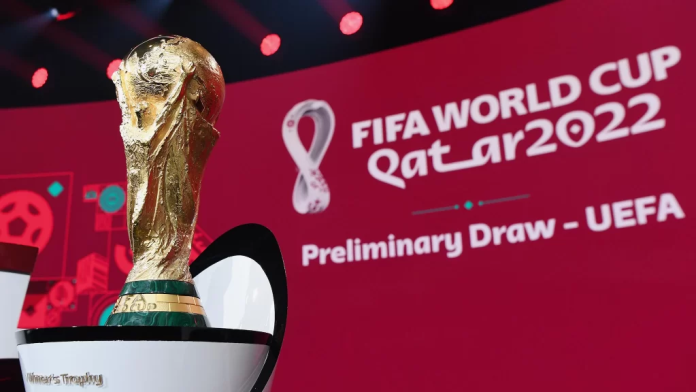 The Ukrainian FA has appealed to FIFA to ban Iran from participating in the 2022 World Cup in Qatar.

This was disclosed in a statement released on Monday by the executive committee of the Ukrainian FA.

The 2022 FIFA World Cup will commence later this month in Qatar.

Iran is accused of providing weapons to Russia to assist them with their ongoing invasion of Ukraine.

The Western Asian country is also accused of breaking articles 3 and 4 of FIFA’s statutes on human rights and fighting discrimination.

“Taking into account the media information about the systemic manifestations of human rights violations in Iran which could violate the principles and norms of the FIFA charter.

“Taking into account the UN security council resolution 22.31 regarding the imposition of sanctions on Iran and the alleged involvement of Iran in the military aggression of the Russian Federation against Ukraine, we appeal to FIFA with a proposal to consider excluding the Iranian national team from the 2022 FIFA World Cup,” the statement from the Ukrainian FA read.

This appeal is coming just days after Shakhtar Donetsk CEO Sergei Palkin also called for Iran to be excluded and replaced by Ukraine at this year’s tournament.

The Ukrainian capital city of Kyiv was hit by Iranian-made ‘kamikaze’ drones deployed by the Russian military earlier in September.

Ukraine President Volodymyr Zelensky claimed seven such drones had been shot down, while the United States of America said Iran had deployed military experts in Russian-occupied Crimea.

Ukraine and Russia have been fighting since February this year.

Several casualties have already been recorded as of today as a result of the war.