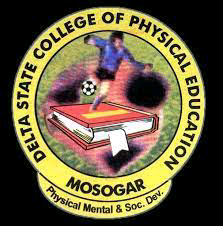 A section of the Works Department building, Campus 1 of the Delta State College of Education, Mosogar, has been razed by fire.

Witnesses said that the inferno which occurred on Christmas Day was allegedly triggered by illegal bush burning by unknown persons in the neighbourhood.

It was gathered that the fire razed large portions of the college grassland and caused serious damage to a section of the Works Department building while two vehicles parked outside were completely burnt.

It was gathered that it took the combined efforts of security officers and staff of the college together with good spirited locals and men of the fire service to put out the raging inferno.

Only last week, a similar incident occurred in the college where a section of the School of Vocational Education building was consumed by fire.

Worried by the ugly incident, the management of the college had issued a circular banning bush burning and farming by unauthorised individuals in and around the college premises to forestall the devastating act.

A statement issued by the Public Relations Officer, Mr. Simon Fole, expressed gratitude to the state government for its sustained interest in higher education, while pleading for more of the government’s assistance in the renovation of the burnt structures and replacement of the razed utility cars.