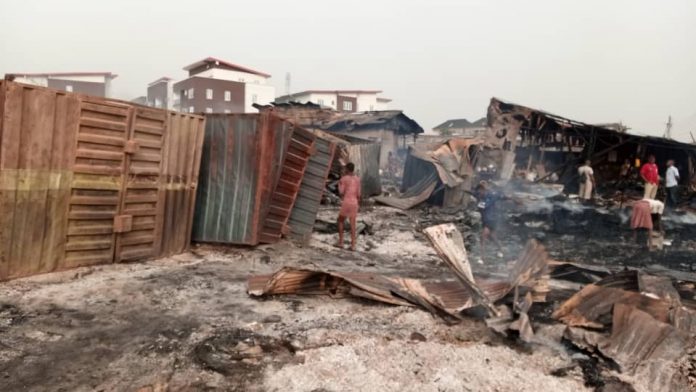 The Acting Controller, Lagos State Fire and Rescue Service, Mrs. Margaret Adeseye, made this known when briefing journalists about the incident after firefighters prevented the fire from extending to adjoining shanties and residential areas.

Adeseye disclosed that the Agency received an alert at about 0239 hours indicating that Oko Baba Saw-Mill was on fire and action was immediately taken with the deployment of three Fire Engines and crew members to combat the situation.

READ ALSO: Full list: 12 states yet to ban torture of suspects in Nigeria – US

She further explained that on arrival at the scene, it was discovered that the Fire which erupted in the market spanning over hectares of Land was raging and had consumed various equipment used for cutting, filling & finishing woods & planks, as well as stock such as wood polish.

The Fire Agency Boss further explained that the cause of the incident is yet unknown as speculations are rife of possible carelessness, while an investigation into the remote cause had begun in earnest.