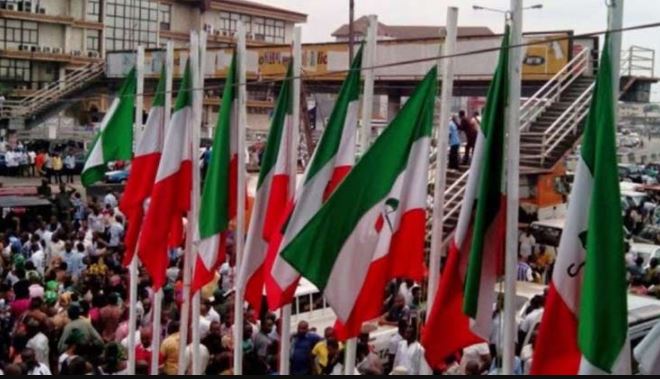 Four governorship aspirants of the Peoples Democratic Party have withdrawn from the Lagos State governorship primary barely at the commencement of the election.

The former National Vice Chairman of the party (South-South) and Chairman, Electoral Committee, Emmanuel Ogidi, confirmed this to newsmen at the venue of the event on Wednesday.

The event, which is underway at the Haven Event Centre, GRA, Ikeja, earlier had six aspirants contesting the governorship ticket for the upcoming 2023 general election.

However, according to Ogidi, four aspirants, including Jim Kamal, Adedeji Doherty, Rhodes Gbadebo, and Ade Dosumu, backed down from the race in the interest of party stability.

“You know we are discussing, and I want to tell you that out of the six contestants so far, three of them have eventually withdrawn from the race… and they have given their reasons for withdrawal, but we thank God they are not leaving the party,” Ogidi said.

Later, Ogidi briefed journalists that Gbadebo had equally declared his withdrawal from the race, leaving just two aspirants to contest the governorship ticket.

It was learnt that the four aspirants who withdrew from the race, except Gbadebo, were not present at the venue of the event, but Ogidi said they remained committed members of the party.

Following the accreditation of delegates and party agents, the two other aspirants, AbdulAzeez Adeniran (Jendo) and David Kolawole, would be battling for the governorship ticket in the ongoing process.