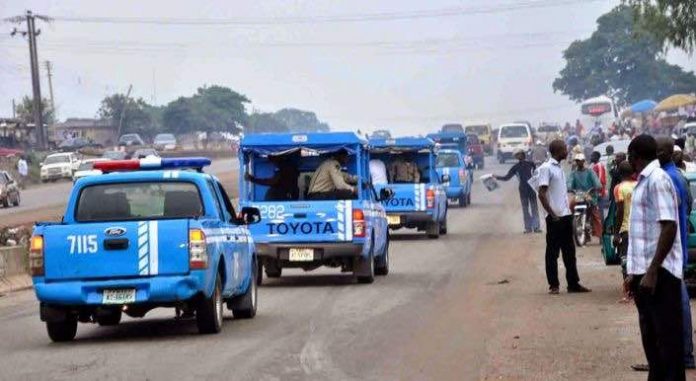 The Federal Road Safety Corps, FRSC, on Thursday, said it had not introduced the use of point of sale (POS) machines to receive payment of fines for traffic offences at patrol points.

Bisi Kazeem, the Corps Public Relations Officer, noted that it became necessary to explain to members of the public because of the unscrupulous people who may take advantage of the use of the Federal Road Safety Corps’ Electronic Booking Device (E-Tablet), specifically designed for issuing traffic offence tickets by patrol operatives, as a Point of Sale Machine (POS) to deceiving people.

He said as an ISO-certified organization with global recognition of its lead role in road safety administration and traffic management, the Corps has advanced in providing necessary services to the people and has developed transformational initiatives focused on people, processes and technology.

He further added that for the corps to improve robust data collection and speed up on-the-spot synchronisation of traffic offenders’ information into the national database, there was the need to introduce the device that could best serve the people.