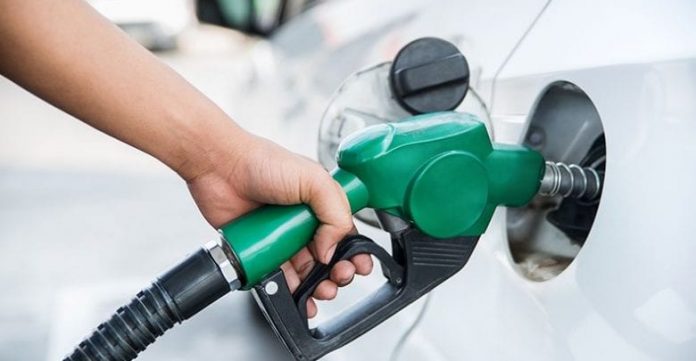 The total removal of fuel subsidy which is currently being planned by the present government, had in 2012 imposed untold hardship on Nigerians when it was attempted by former President, Goodluck Jonathan.

Recall that on January 1, 2012, Goodluck Jonathan abruptly removed
the fuel subsidy which was hitherto provided to subsidize cost of Premium Motor Spirit, PMS for citizens.

Nigerian Labour Congress, NLC, rejected the move and shut down the economy triggering a nationwide protest that stopped the movement for over two weeks.

Commercial activities, offices, schools and transport system were shut down by the Labour union, imposing hardship on Nigerians as those who traveled for yuletide were stuck in their respective places.

Bus fares doubled, and as most goods moved by road, food prices also rose to as much as two times their original costs as the fuel price jumped from N65 to N141 per liter.

The then Finance Minister, Ngozi Okonjo-Iweala who championed the decision stated that the removal of the heavy subsidy would free up funds for other public services, including health and infrastructure projects, and that the liberalization of the fuel industry would benefit the economy.

However, the Nigerian unions on January 16, suspended their industrial actions following the president’s reversed decision to restore parts of the subsidy.

Meanwhile, President Muhammadu Buhari’s Government had a few months ago announced its plans to completely remove subsidy on the petroleum product.

Zainab Ahmed, Minister of Finance, said fuel subsidy is costing the country’s resources that should have been used for education and health.

The minister stressed that it is crucial for Nigeria to exit from the fuel subsidy regime in 2023, adding that fuel subsidy is a “major drain and waste” on Nigeria’s economy.

The Manufacturers Association of Nigeria, MAN, has warned that the “proposed fuel subsidy removal will lead to inflation occasioned by increase in production costs which may translate to higher prices of goods.”

Director General of MAN, Mr Segun Ajayi-Kadir, however, agreed to the need “for deregulation to enable competition and efficiency in the downstream oil sector, and ensure adequacy of supply.”

Kadir noted that the government must take necessary measures to address the possible fallouts.

With the announcement of the proposed fuel subsidy in November, Nigerians have witnessed some measure of artificial fuel scarcity in the country. Since inception, the current administration has prided itself for being able to ensure PMS is always available during the Yuletide season. However, this recent plan of subsidy removal is casting a shadow on the season, as queues have returned to filling stations this season.

Also, Yerima Shettima, the National President of the Arewa Youth Consultative Forum, had noted that going ahead with the proposed fuel subsidy will affect the chances of the All Progressives Congress, APC-led government in 2023.

Shettima said the proposed fuel subsidy removal would compound the problems of Nigerians.

According to Shettima: “I think it’s wrong for this government to compound the problems of Nigerians at this point in time. Don’t forget how significant it is as a result of people’s lives not being balanced.

“Mind you, Nigerians will revoke any attempt to add more suffering to them, so I hope they find a way to cushion the effect properly. We have lost control of it from the onset,. Despite the calculation by our so-called economic adviser, we should have planned for this ahead of time before it’s too late. It will be unwise to advise this government to compound the problems of Nigerians and I hope they become mindful of that.”

Recall that majority of APC Chieftains were at the forefront of the protests against subsidy removal under the PDP government.

President Muhammadu Buhari had in the wake of his campaign for the 2015 elections promised to reduce the pump price of fuel to its barest minimum.

The president had also promised to revive moribund refineries across the country.