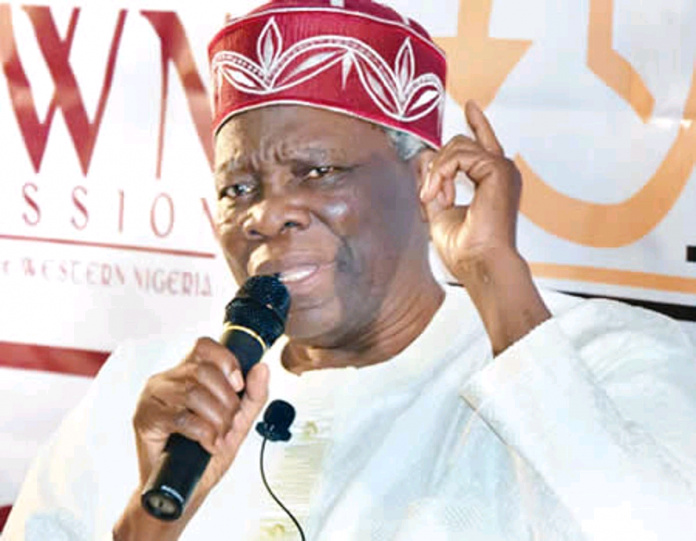 The Nigerian Presidency has launched an attack on the Yoruba nation pro-secession group over its recent rally at the United Nations Headquarters in New York, USA.

In a strong worded statement sent to POLITICS NIGERIA, signed by Presidential spokesperson, Garba Shehu, the Nigerian leadership criticised the group stating that “Nigerians and the entire World” would “judge them” over their collaboration with the proscribed Indigenous people of Biafra, IPOB.

The statement read in full; “For Nigerian diaspora groups to use the world’s largest platform – the United Nations General Assembly – to garner attention to their causes is not unexpected. It was, however shocking, to see “Yoruba Nation” advocates yesterday unequivocally throw their lot in with Indigenous People of Biafra (IPOB).”

“IPOB is a designated terrorist organisation. It has now publicly revealed a 50,000 strong paramilitary organisation. It regularly murders security services and innocent civilians, with a significant uptick of violent attacks this year. And it is currently attempting to hold Nigerian states hostage with orders to stay at home under threat of terror.”

“Without doubt, Nigerians and the entire world will judge Yoruba Nation by the company it keeps. No one can take seriously this organisation if it continues its IPOB association. When their allies systematically trample human rights, it raises sober questions about their claims to uphold the values of the UN.”

“The cooperation is a worrying development, once parsed with Yoruba Nation’s increasingly violent rallies in Nigeria. Actions and associations speak louder than words. Yoruba Nation’s talk of human rights promotion must therefore be ignored.”

Meanwhile, the Nigerian government will continue its work at the UN- to fight against corruption and illicit financial flows, and international cooperation. If we want to see stolen funds returned to their rightful home in Nigeria, the government must continue to campaign for and coordinate global action on asset recovery.