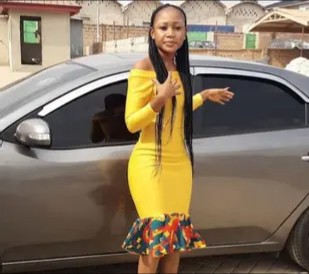 Ghanaian actress, Rosemond Alade Brown, popularly known as Akuapem Poloo, has been sentenced to three months in prison over a nude photo she shared online.

On Friday, the Circuit Court sitting in Accra, Ghanaian capital, held that the actress would serve her three months jail term concurrently.

The court added that the sentence would serve as a deterrent to others in the country.

The actress had shared the photo on her social media platforms in June last year to mark her son’s seventh year birthday.

Many had condemned the action while the Director of Child Rights International Ghana, Bright Appiah, filed a petition asking relevant authorities to prosecute her.

Akuapem Poloo had apologised over the incident, explaining that the photo was originally meant to encourage people to appreciate their mothers.

The matter was, however, referred to the Domestic Violence and Victims Support Unit (DOVVSU) of the country’s police and the actress was eventually arrested.

She was thereafter arrested and charged with publication of obscene materials, engaging in domestic violence and undermining human dignity.

The actress earlier pleaded not guilty to the charges when she was first arraigned.

But on Wednesday, she pleaded guilty when she appeared in court and was consequently convicted.