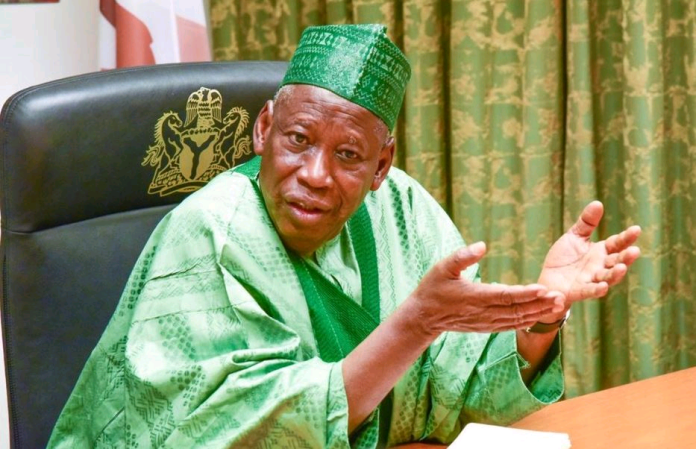 Governor Abdullahi Ganduje of Kano state has approved the resignation of seven commissioners in his cabinet after they tendered their letters of resignation.

Governor Ganduje on Saturday night issued an ultimatum to political appointees with the intention to contest in the 2023 general elections, mandating them to submit their resignation on or before April 18, 2022, in line with section 84 (12) of the Electoral Act, as amended 2022.

Also, recently, the resignation of the Managing Director, Kano Road Traffic Agency, Baffa Babba Dan’agundi was rejected by the governor in a notification he sent, indicating that he wanted to pursue his political career.

‘’The Governor thanks them for their tremendous contributions towards the development of the state and wishes them well in all future endeavours.

”In this respect, the Permanent Secretaries of the affected ministries should take charge immediately.

‘’However, the Chief of Staff and all other Commissioners are directed to continue carrying out their duties in their respective ministries,” the statement said.