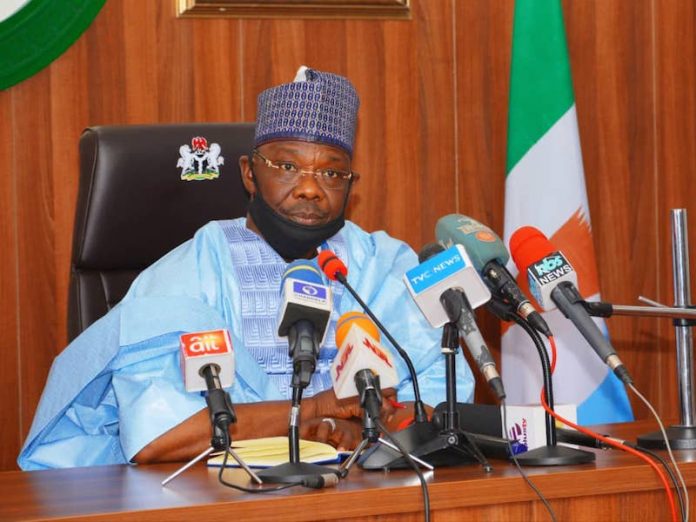 Chairman of Miyetti Allah Cattle Breeders Association in Nasarawa State, Alhaji Mohammed Hussain, and his counterpart in Toto Local Government Area of the state, Mohammed Umar, were killed by suspected bandits at Garaku market on Friday night during an attack.

The governor, however, gave the caution while speaking to sympathisers, who had thronged the residence of the late state chairman of the MACBAN, Alhaji Mohammed Hussaini.

Also, in a statement signed by Governor Sule’s Chief Press Secretary, Ibrahim Addra, the governor promised to work with security agencies to arrest and prosecute criminal elements disturbing the peace of the state.

According to the statement, Sule spoke at the funeral prayers for Mohammed Hussein and called on those bent on breaching the peace enjoyed in the state to turn a new leaf for the development of the society.

READ ALSO: EXPOSED: Boko Haram Video On Crashed NAF Jet Is From A ‘2012 Incident In Syria’

He also urged families of the deceased to remain faithful and take solace in God, while assuring that his administration would continue to work hard at ensuring adequate security of lives and property in the state.

Commissioner of Police in the state, Bola Longe, confirmed the incident in a statement signed by the Police Public Relations Officer of the command, ASP Ramhan Nansel.

“Upon receipt of the information, the Commissioner of Police, Bola Longe, swiftly deployed Operation Puff Adder II personnel to the scene, where the two corpses were recovered and taken to the hospital; the corpses deposited at Anthony Memorial Mortuary for post mortem examination after being confirmed dead by a medical doctor.”