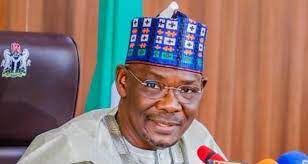 The sanction follows the reported destruction of 2023 election campaign billboards.

The official informed Mohammed Wada-Yahaya that he would not get entitlements until the conclusion of the investigation.

Ubandoma-Aliyu said the government received complaints regarding the indiscriminate destruction of billboards erected by politicians and their supporters.

The SSG stressed that the action of the MD was taken without recourse for permission from the constituted authority.

He noted that it depicts insensitivity to the need to conduct the elections under an atmosphere free from acrimony and rancour.

“The unwarranted destruction of the billboards was tantamount to negligence, insubordination and misconduct”, the SSG said.