Governor turns to shoemaker, displays Sandals personally made by him [PHOTOS] 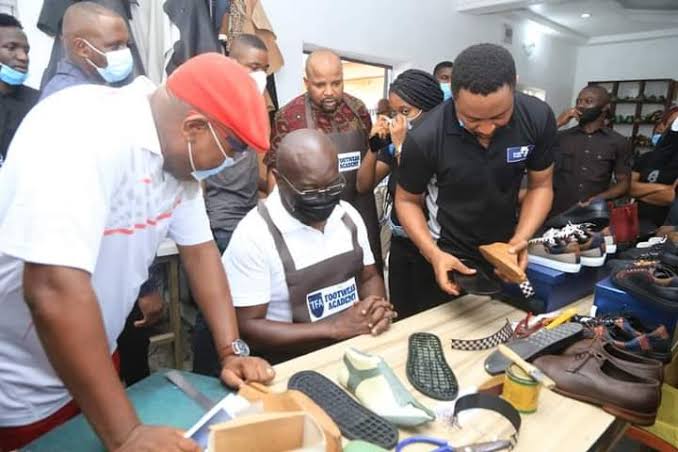 Governor of Abia State, Okezie Ikpeazu, has displayed the first pair of sandals he reportedly made as a student of Aba-based Footwear Academy.

In an interactive session with journalists, the governor presented the pair of sandals as he beamed with smiles. 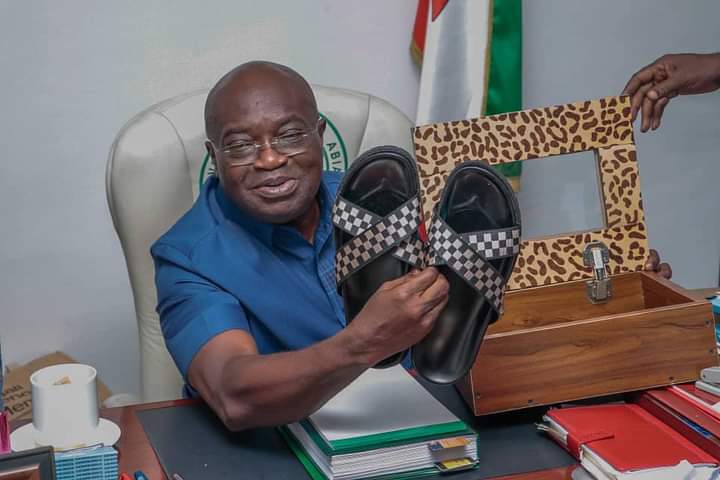 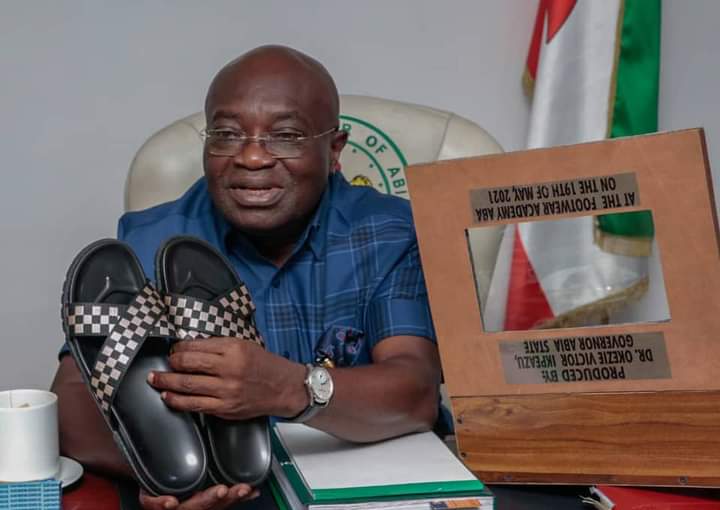 Ikpeazu had announced his enrollment in the academy in May.

Back then, he had urged Nigerians to patronise made in Nigeria products as a way of boosting the economy.

He had said since he came into power in 2015, he has been wearing only locally made footwears and clothes.