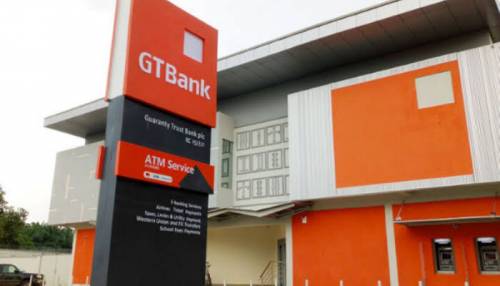 Frank Talk Now reports that the sanction on GTBank by the FCA was made known in a statement released to newsmen on Tuesday.

The financial watchdog revealed that GT Bank failed in its anti-money laundering systems and controls, adding that the failures were highlighted by the bank’s internal and external sources, Reuters reports.

The Financial Conduct Authority stated that the bank failed to take appropriate measures to fix the system despite warnings.

According to the FCA, the bank accepted the findings of the financial watchdog and had agreed on settlement.

Frank Talk Now understands that GT bank also confirmed in a statement, by the bank’s Managing Director, Mr. Gbenga Alade, on Tuesday, that it had reached settlement with the FCA and accepted the findings in relation to Anti-Money Laundering (AML) controls in its operations between October 2014 and July 2019.

Alade admitted that the bank had cooperated fully with the FCA investigation and had agreed a penalty of £7,671,800.

He said the amount was calculated by reference to a proportion of the revenues of GTBank UK over the relevant period and included a 30 per cent discount for early settlement.

The statement reads in part, “As a responsible financial services institution that is committed to best practices, GTBank UK takes its AML obligations extremely seriously.

“We note with sincere regret the FCA’s findings regarding AML control gaps in our operations in the past and we are very sorry for this.

“We would like to assure all our stakeholders and the general public that necessary steps have been taken to address and resolve the identified gaps.

“Whilst there was no direct customer impairment arising from the period under review (and the FCA’s findings do not include any instances of suspected money laundering.)

“We have since reinforced our AML control framework and implemented changes in our AML processes in line with best practice with a view to ensuring that the highest standards are maintained in our operations.”