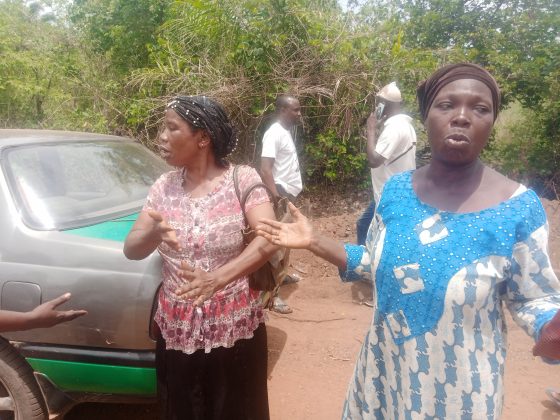 They were abducted on Tuesday night around 8pm at Olubo village while they were returning from Ilara market in Imeko-Afon Local Government Area of the state.

The abducted victims who were three female traders and the driver of the vehicle they were travelling in were returning from Ilara market in Imeko-Afon Local Government Area of the state.

They were travelling in a Toyota Avensis Commercial SUV with number plate FFF 654 TK, that was still at the scene of the kidnap on Wednesday.

Olubo Village is the same spot where a medical doctor and a nurse traveling from Imeko town, were also kidnapped about sometime last month.

They were later released after an undisclosed sum of amount of money was paid as ransom by the Nigerian Medical Association.

Again this current kidnap came less than a week after a businesswoman, Roselyn Edusi and her guest were kidnapped at Omu, Ofada in Obafemi-Owode Local Government Area of the state.

When newsmen visited the scene of the incident on Wednesday afternoon, residents of Olubo, Obada-Idi Emi, Imeko-Afon and Ilara protested the abduction, and they barricaded the road.

This disrupted vehicular traffic while many travellers were stranded also on the road.

Our correspondent gathered that five other passengers travelling in the same vehicle were however spared by the kidnappers.

Narrating their ordeal to newsmen, Mrs. Akewugberu and Mrs. Rofiat Oladeinde, said the commercial vehicle was abruptly stopped by four gunmen, who shot into the air repeatedly.

They explained that the gunmen armed with AK-47 rifles and machetes, abducted the driver and three women who were selected randomly among the passengers. 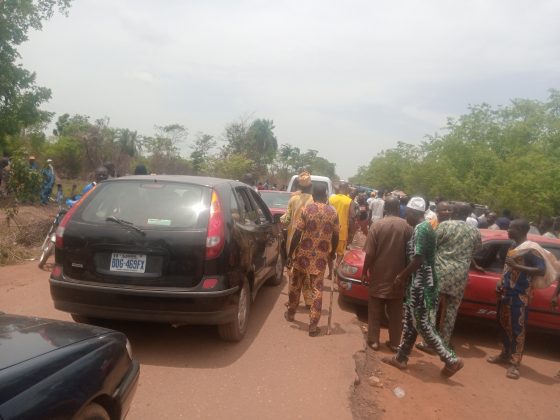 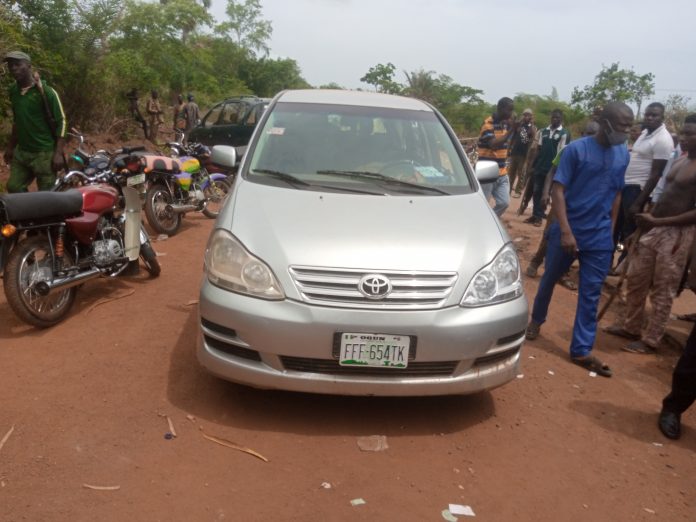 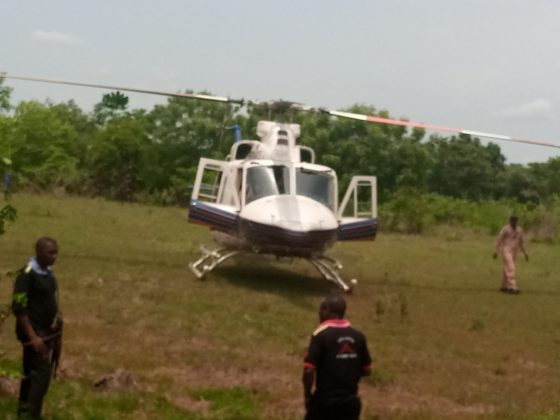 They added that the abductors spared a Fulani and two Hausa passengers among them.

They explained further that the hoodlums collected their money and handsets.

Meanwhile, the Assistant Commissioner of Police in charge of Operations, Ogun Police Command, Bolanle Muritala, later arrived the spot where the victims were abducted in a police helicopter marked 5N-GEJ at noon.

He appealed to the residents to remove the barricade on the road, promising police were already on the trail of the abductors.

“We are going after the abductors, that is why we are here. We shall definitely get them,” he said, while surrounded by irate villagers and gun-totting policemen.

Speaking with newsmen, husband to one of the victims, Mutiu Oderinde, said his wife, Jelilat, had travelled to Ilara market for trading to help her mother, who according to him was unable to go due to illness.

Oderinde who cried profusely at the scene and kept staring at the vast forest, appealed to the state government and security agencies to secure the release of his wife and other abductees unhurt.

He said there are 48 police checkpoints, including 10 Highway Patrol teams, from Abeokuta to Ilara.

He berated the police for not doing their bit in protecting travellers on the road, as some of the protesting residents said the police around the area were informed after the incident but they did not act.