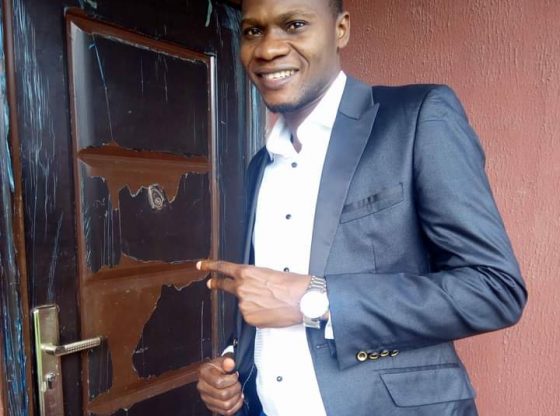 Frantalknow learnt that the lecturer, a middle-aged man had gone to pick up some passengers with his car which he was using for taxi services, following the prolonged strike of the Academic Staff Union and the non-payment of University lecturers by the federal government for over six months now.

A source from the university said that the lecturer had registered the car with an online car-hailing service to make ends meet and take care of his young wife and child.

The lifeless body of the deceased was discovered near the popular Rice Mill with bullets wounds on Sunday. The source further revealed that he went missing after he picked up some passengers in Abakaliki, and his car has not been found.

A colleague who took to his Facebook wall to mourn the deceased attributed the death to the Federal Government’s inability to pay the lecturers.

He said:” Kyrian Nwoke was a lecturer in the Physiology Department at Alex Ekwueme Federal University Ndufu Alike Nigeria. He was also a PhD student.

“As a result of the hardship occasioned by the prolonged ASUU strike and FG withholding of lecturers salaries for over six months, he registered his car under the online taxi service to make ends meet.

“On Sunday, January 10, he was called to go and pick customers at Udemezue street and drop them at a popular eatery known for local delicacies at Ogoja road Abakaliki.

“He never returned from that journey as his lifeless body with a bullet wound was discovered the next day near the Rice Mill along the same Ogoja road and his car missing.

“That is how Kyrian Nwoke’s sunset on that faithful Sunday, leaving his wife a widow and his little daughter fatherless and AE-FUNAI bereft of a hardworking, upcoming Physiology scholar

“But the Security agents should do the needful and fish out the perpetrators of this dastardly act”.