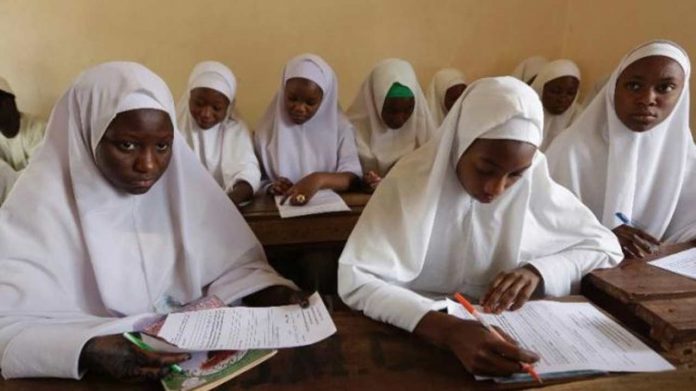 There is no doubt that the nation’s situation is on the boil. Things are falling apart rather rapidly and the centre is no longer at ease! Many Nigerians seem so preoccupied with pulling the country down with words and actions of intense hate.

People, like querulous hens, become frenetic and ready to lash at each other like a lion baulked of its prey. With banditry and kidnapping lending ugly hands to herders-farmers’ bloody clashes, and insurgency by the Boko Haram vampires compounding the situation, the landscape is tense giving room for ethnic warlords to cash in on the situation to sell their toxic wares – war and secession threats!

Indeed, perceiving the ominous signs, the vultures are gathering!

One of the issues that were hitherto rashes on our collective skin particularly in the South west and middle belt regions of Nigeria but is gradually metamorphosing into cancer in those areas, is the hijab issue as it affects female pupils in primary and secondary schools. The drama in Kwara where Muslim students claim they are “entitled” to add hijab to their uniform even in schools formerly wholly owned by Christian missions (and are still parading their Christian labels), has not ended yet. As expected, two major religious tendencies – Muslims and Christians – are at each other’s throats, ready to war-war in obvious defence of their beliefs.

Really, it is not the students themselves that are at war. It is their parents/guardians and some busy bodies associated with mosques and churches that are fomenting the crisis in this state of harmony, and elsewhere. To them, they are fighting over what they allege constitutes discriminatory policies against their wards.

The Muslims claim that the refusal to allow their female wards to wear hijab in some Christian-labelled schools since the state government has taken over the schools, constitutes an infringement of their rights. But the Christians insist they have a right to determine what should constitute a uniform in the schools they founded and that the hijab certainly is not part of the uniform for girls in the affected schools.

Thus, innocent students are being encouraged to see themselves as religious rivals on account of their parents’ or guardians’ different religious beliefs. Whereas this had not been so over the years. Between 1983 – when I had my National Youth service in the old state from which Kogi state was created — and 1986 when I left the state for the then Gongola state, Kwara was a deeply harmonious state in spite of its religious, tribal, cultural and social differences.

Now those who want to fight God’s cause on His behalf, the fanatics, are rocking the boat of peace in the state. In doing so, unfortunately with the connivance of the ruling administration, they are unwittingly threatening the state’s growing education sector thus destroying the future of their children, their tomorrow, just like Boko Haram is doing in the north.

Pray, what has hijab got to do with learning? Does it have any effect on the wearer’s level of religious piety? In other words, does wearing hijab by female students improve their intellect or academic performance? Or, does it make them less exposed to immoral acts?

I attended both Christian primary and Muslim secondary schools respectively. At the time I was at Ijebu Muslim College, IMC in Ijebu Ode, none of my female school mates wore hijab because then, it wasn’t part of the uniform for girls in the school. Except by gender, which is natural, you could not, by looking at us differentiate between Christian and Muslim students except on Fridays when Muslim brothers and sisters went to the mosque while Christians, males and females, were free to observe their prayer sessions even right in the school premises.

It was during our impressionable years and we were left to worship God/Allah in our own ways or as our parents or guardians preferred. That was when we really sought knowledge in line with the school’s motto: pete scientiam cum invenias, a Latin phrase meaning, “seek knowledge till it is found.” Even leadership selection among we students was based strictly on academic performance and moral standards, not membership of any religious group/faith.
Then the School’s governing board, full of respected Islamic leaders in Ijebu land, offered both Christians and Muslim teachers scholarships and grants. Brilliant teachers from other ethnic and tribal groups were even given due consideration in this regard, all because the goal then was to spread knowledge and a better future for the students.

It is, however, lamentable that with more fanatics being churned out from our citadels of learning, particularly those of Muslim and Christian faiths, there is an increasing level of religiosity that borders on extremity, obsession and intolerance. Faith is fast manifesting into a fashion fad where sartorial presentation in schools is now an aspect of learning.

I observe with concern that even in Muslim schools where hijab was not part of the female gender uniform, the face cover has now become the norm. I saw this recently in my old school, IMC. Surprisingly, even this is being promoted or condoned by some products of the school who then didn’t have cause to wear hijab! What point are we trying to make?
Are some parents/guardians who were products of Christians mission schools who while in school did not wear hijab, trying to avenge their inability to wear hijab while in those schools? Or, are they out to wreak vengeance for past discriminatory policies in some mission schools in those days?

Why are some people making a mountain out of this mole hill? Why are we so much determined to cause disaffection amongst our children and thereby wreck their future? Certainly, there is a high level of senselessness in this struggle.

Let us pause and engage in serious and deep reflection. I have not seen any society that benefits from religious extremism. Religion is a personal affair between man and his God or Allah and let no man claim that he knows Him more than his fellow man, as only He knows those who worship Him and keep His commandments.

It is senseless therefore to use our children as cannon fodders for any senseless struggles. Enough is enough!

Dipo Onabanjo is a journalist based in Lagos.