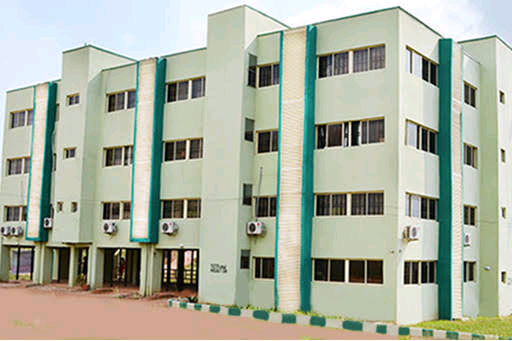 Ekene Okonkwo and Udo Chukwu Maduforo, Students of Alex Ekwueme Federal University, Ikwo, Ebonyi State have narrated how a team of Police officers attached to the Airport Command, Ikeja, Lagos, exhorted about N40,000 from them while on their way to board a flight back to School.

According to the male Students, they were in a cab heading to the Airport last Saturday, when their vehicle was stopped by a team of policemen in front of Golden Tulip Hotel, along Airport Road at about 11am.

They narrated, “After we were stopped. The Policemen told us that they wanted to search our bags. We allowed them to go on with the search, however, they did not find any incriminating item or material In our bags.”

“We pleaded with the Policemen to allow us go, so that we can catch our flight to school. We even showed them our identification cards, they refused as our pleas fell on deaf ears.”

“They harassed us and delayed us without telling us what our offence was. One of them pushed us in the face and at the end collected N40,000 from us. At the end of the day, we missed our flight, ” the explained.

Meanwhile, one of the Student’s mother, Mrs Evelyn Okonkwo, said that she received a call from her son, who told her he was in a Police station.

According to her, her heart skipped, as she prayed for it not to be a serious case. She said after some few minutes, her son called again, and told her what happened.

READ ALSO: Man who fought YABATECH for 41 years for the release of his certificate, dies 2 weeks after victory

After learning of the situation, she said, “The money was meant for their upkeep in school. By the time they arrived at the airport, their flight had left.”

“They missed their Air Peace flight scheduled for 11:40am. They had to return home and travel on Sunday morning at an extra cost.”

Meanwhile, reacting to the corrupt act displayed by the Airport Police, the Executive Director, Rule of Law and Accountability Advocacy Centre (RULAAC), Okechukwu Nwanguma, called on the Police authorities to intervene and investigate the matter.

“The erring Police officers needs to be arrested and prosecuted according to the law that governs the land. Their actions must not go unpunished, ” he added.