How they planned to ‘frame, video me with prostitutes before killing me’ – Mbaka 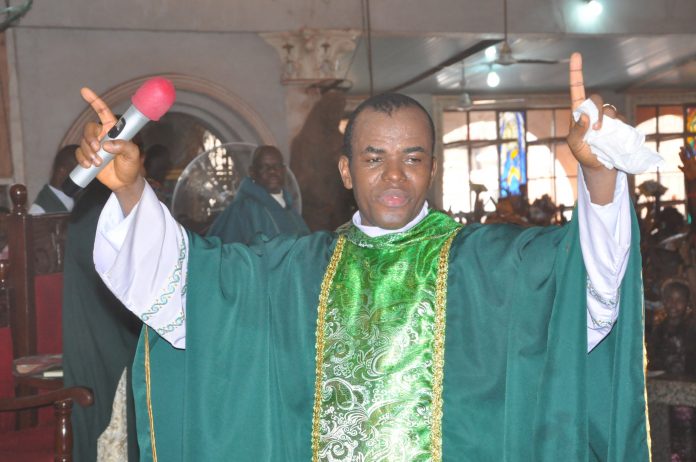 Father Ejike Mbaka, Spiritual Director, Adoration Ministry Enugu has disclosed how they plot to frame him using prostitutes after his rift with the Catholic Diocese of Enugu in May last year.

Mbaka claimed that the plot was to kidnap him and drag him through a spot where prostitutes reside in Enugu, after which he would be recorded naked.

He explained that they planned to carryout the plot after he left a meeting with Catholic Bishop of the Enugu Diocese, Callistus Onaga.

Giving his new year message on New Year Day, Mbaka recounted how Onaga directed him to shut down his Adoration ministry in Enugu for one-month and embark on a retreat.

He said the Bishop cautioned him against meddling in politics.

He said he obeyed the Bishop’s order, but that the Holy Spirit ministered to him that he should not park “anywhere”.

“Their plan was to capture me that night and drag me to Cubana (Hotel) and take me to Mobil where prostitutes stay and then take me around (there) and then, show video of me in the place (Brothel) so that people would ask what Mbaka was searching for in brothel.