Hushpuppi: What Probe Panel Asked IGP To Do To Suspended DCP Abba Kyari 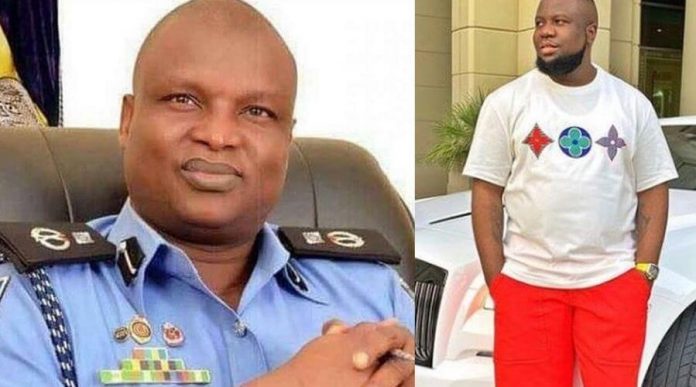 It would be recalled Kyari was under investigation for his alleged involvement in a $1.1m Internet fraud allegedly perpetrated by an Instagram influencer, Abbas Ramon, popularly known as Hushpuppi and four others; Abdulrahman Juma (Abdul); Vincent Kelly Chibuzo (Kelly); Rukayat Motunrayo Fashola (Morayo); and Bolatito Agbabiaka (Bolamide).

Frank Talk Now reports that a probe panel set up by the police to investigate allegations levelled against him by the US Federal Bureau of Investigation (FBI) had on Thursday submitted it’s reports to the Inspector General of Police (IGP), Usman Alkali Baba.

Findings reveals that the probe panel headed by DIG Joseph Egbunike have recommended a soft landing for the disgraced cop.

According to Sahara Reporters, the panel found Kyari guilty of some infractions after its investigations but recommended that the Borno State born officer should be demoted and not dismissed.

A source revealed that this was recommended to frustrate any extradition to the US.

“The police report on Abba Kyari only recommends demotion to a lower rank. They figured that he could be extradited if dismissed. Kyari’s real enemies are at the police service commission and what they want is an outright dismissal.

“But they have to defer to the IGP. The IGP is no doubt Kyari’s godfather. So we are waiting to see what he would approve,” a top source revealed.