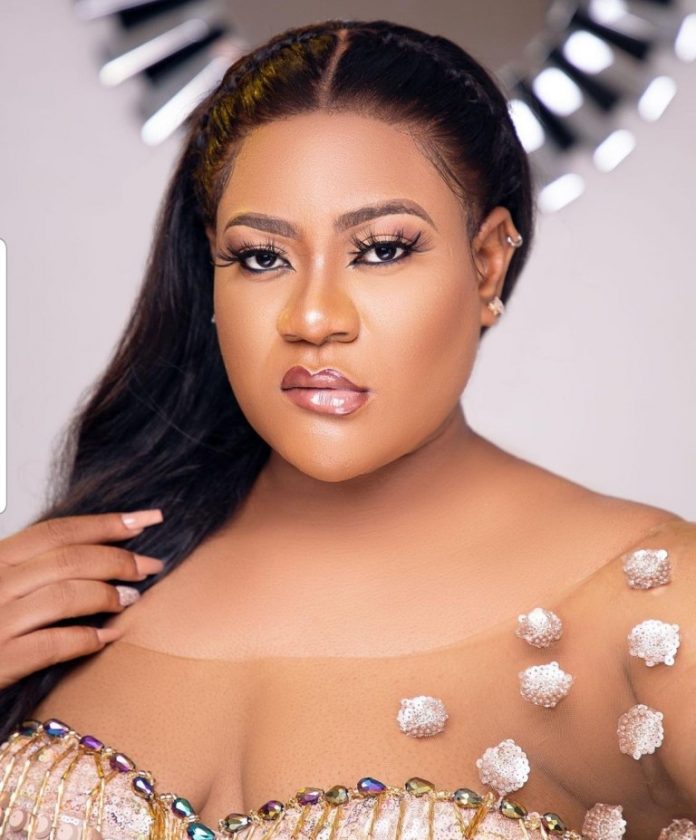 Adding that she never expected that their relationship would get serious.

The actress who was a guest on the popular morning show, “Your View” with TV host Morayo Afolabi aired on TVC, said she was revealing this for people not to make the kind of mistake she made in the heat of break up because she just wanted to get back at her ex.

She said, “He was the one that loved me more. I recently broke off a relationship with my ex who lives in America and then in the heat of the break-up, he started posting a girl covering her face, and I realised that there was this man asking me out. So that was me trying to use him to get back at my ex, then I landed in a relationship.”

Speaking further, Nkechi Blessing confirmed that she is in a new relationship with a 27-year-old man.

Reacting to Nkechi Blessing’s latest revelation, Falegan said the actress was out of content which is why she has never stopped mentioning his name.

“Once I have a reason to go, I will never find an excuse to come back”.

Nkechi and Falegan fell apart in April after they stormed social media to throw accusations at each other as they announced their breakup.

Opeyemi Falegan, the estranged lover of Nollywood actress Nkechi Blessing, alleged that the actress dated him only for his money and sex.