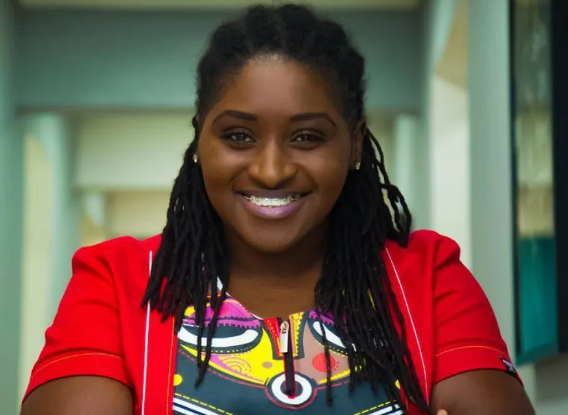 Pamela Adie, the LGBT activist and filmmaker, says she realized she had made the biggest mistake of her life barely hours after her marriage.

The screenwriter spoke about her failed marriage on the latest episode of the ‘With Chude’ podcast.

Pamela said despite realising “my mistake,” she couldn’t explain what the problem was and if it was her man.

She also revealed that she slipped into depression for about a year even though she tried to make the marriage work.

The 38-year-old filmmaker said the problem persisted until she realised “it’s not him, like it’s you”.

“After I got married, I knew the next day that ‘oh my God, I shouldn’t have done this’. So I started asking myself ‘how am I going to find my out now?’” she said.

“But at that time, I hadn’t come out to myself yet but I just knew this wasn’t going to work, how am I going to do this? After I realized I wasn’t going to stay, I fell into this depression thing for like a year.

“At the same time we went to counseling, we travelled because the counselor said maybe we need to be elsewhere. I said maybe it’s the perfume, maybe it’s his wardrobe I don’t like.

“I kept looking for things that would endear me to him. He didn’t know this because I didn’t even know what was happening to me. So I took a trip to San Diego.

“While I was there, I went to visit a friend of mine. I was just lying down on the bed and I was looking up, and it just hit me like ‘ ahh it’s not him, like it’s you’.

“For me, that was the moment I came out to myself and I was like wow, everything made sense. Because when I looked back at the history of my life, it just made sense all of a sudden.”

Pamela is well known as an advocate of the LGBTQ community in Nigeria. She is also one of the producers of ‘Ife’, Nigeria’s first lesbian movie.