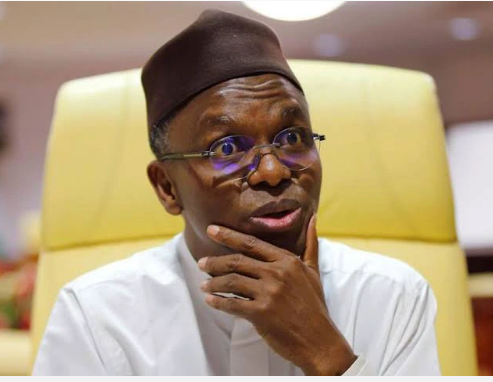 Governor of Kaduna State, Nasiru El-Rufai, has said that his government was elected to develop the state and not just to pay salaries.

This is coming after 4000 workers across the 23 local government areas of the state received their disengagement letters from service.

The governor further added that he “was elected to promote equality of opportunity, to build and run schools and hospitals, upgrade infrastructure and make the state more secure and attractive to the private sector for jobs and investments.

El-Rufai, in a statement signed by his Special Adviser on Media and Communication, Mr Muyiwa Adekeye, said its public finances have been severely stretched by the high wage bills at a time when revenues from the Federation Account Allocations Committee (FAAC) have not increased.

READ ALSO:  Pantami: Verify Your Sims Using NIN Before Our Next Action

The government pointed out that what it has been receiving from FAAC since the middle of 2020, like most other sub-nationals, could barely pay salaries and overheads.

According to him, “In the last six months, personnel costs have accounted for between 84.97% and 96.63% of FAAC transfers received by the Kaduna State Government.

“In March 2021, Kaduna State had only N321m left after settling personnel costs.”

The statement pointed out that in March 2021, it got N4.819 billion from FAAC and paid out N4.498 billion, representing 93% of the money received saying, “This does not include standing orders for overheads, funding security operations, running costs of schools and hospitals, and other overhead costs that the state has to bear for the machinery of government to run, for which the state government taps into IGR earnings.”

The statement recalled that: “In September 2019, Kaduna State Government became the first government in the country to pay the new minimum wage and consequential adjustments.

“The state government followed this up by increasing the minimum pension of persons on the defined benefits scheme to N30,000 monthly.

“This step to advance the welfare of workers significantly increased the wage burden of the state government and immediately sapped up the funds of many local governments.

“While the Kaduna State Government believes that public sector wages overall are still relatively low, their current levels are obviously limited by the resources available to the government.”

El-Rufai pointed out that: “What each public servant earns might be puny in comparison to private-sector wages, but the total wage bill consumes much of the revenues of the state.

“The desire to pay more is a sentiment that must bow to the limits prescribed by the ability to pay, therefore, the state government has no choice but to shed some weight and reduce the size of the public service.

“It is a painful but necessary step to take, for the sake of the majority of the people of this state.”

While justifying the job cut, the statement however described it as “A painful but necessary step to take, for the sake of the majority of the people of this state, the public service of the state with less than 100,000 employees (and their families) cannot be consuming more than 90% of government resources, with little left to positively impact the lives of the more than nine million that are not political appointees or civil servants.

“It is gross injustice for such a micro-minority to consume the majority of the resources of the state.”

He pointed out that the rationalisation behind the exercise will also affect political appointees and its purpose is to save funds and ensure that a strong and efficient public service exists to use those resources to implement progressive programmes and projects for the people, and thereby develop the state.