Home General and News updates “I Wept The Day I Found Out My Son, Bolu Is Gay...
Facebook
Twitter
WhatsApp
Linkedin
Telegram 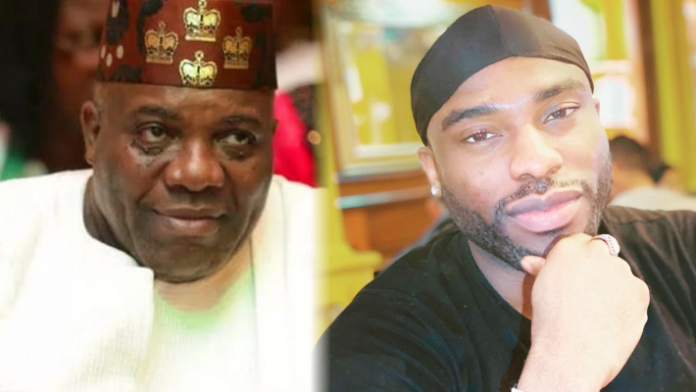 In an interview with Vanguard through the VanguardLiveTv section, Doyin Okupe, a former aide to Former President, Goodluck Jonathan has disclosed that he cried the day he found out that his son, Bolu is gay.

Okupe divulged his regret in his decision to let Bolu to move abroad at a young age. He lived part of his life in France a place he described as giving a chance to what his son has become.

Recall that Bolu came out months ago as a gay man, his dad had said he was against it and says that the family will be assisting him with prayers.

“We’ve always known that Bolu was like that. He’s even much more than that. He’s incredible with what he does and capable of doing. All his other siblings are one but Bolu had designed his mind to never live in Nigeria,” Doyin Okupe said.

“Unfortunately for me, his mother took him abroad very early. He did major parts of his secondary school in the United Kingdom.

“So, Bolu thinks he lives European (he’s my son) but his mind is European. I also know that he’s easily influenced by his environment. I know that for a fact because he came home one time for the holiday, and this is the person that’s been questioning the Bible but all of a sudden, he’s on fire in terms of scripture having spent some months in Nigeria. His elder brother who is a pastor now helped him spiritually during that time.

“I made the greatest mistake to send him to France because that’s an extremely liberal society. So, the family had known that Bolu had that tendency.

“The day I knew, I wept. (I) have gone past that. We’re just praying for him but I also know that God’s ways are not our ways, and He knows the beginning from the end. Mark my words, he (Bolu) is on a sojourn to the gay community in order to be an instrument of God to that community eventually. That’s what is going to happen by the grace of God.” he said.