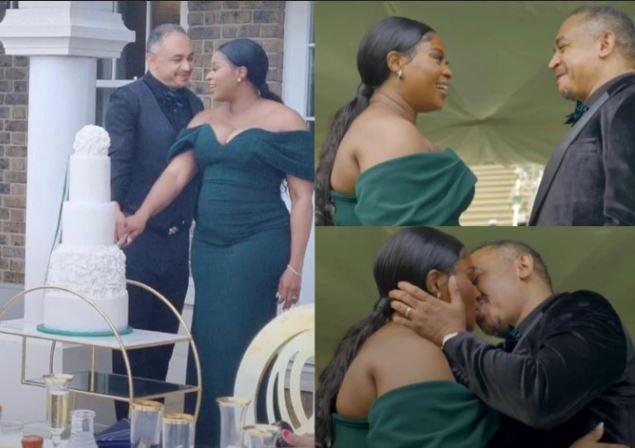 Popular OAP and Free the Sheeple leader, Daddy Freeze has tied the knot with his long-time partner, Benedicta Elechi.

Photos and videos from the private wedding ceremony held in the United Kingdom circulated on the internet on Tuesday.

In the photos shared on Instagram, the 46-year-old wore a black tuxedo suit while Benedicta dazzled in a green off-shoulder dress, showing off her curves and cleavage. 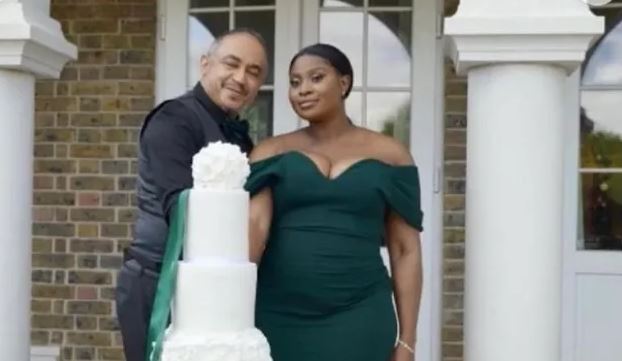 Benedicta was previously married to Paul Odekina who claimed his ex-wife committed adultery with Daddy Freeze while they were still married.

A High Court in Port Harcourt, Rivers State ordered Daddy Freeze to pay a fine of N5 million to Odekina as damages.

Born Ifedayo Olarinde, the on air personality was formerly married to Opeyemi Olarinde who accused him of domestic violence.