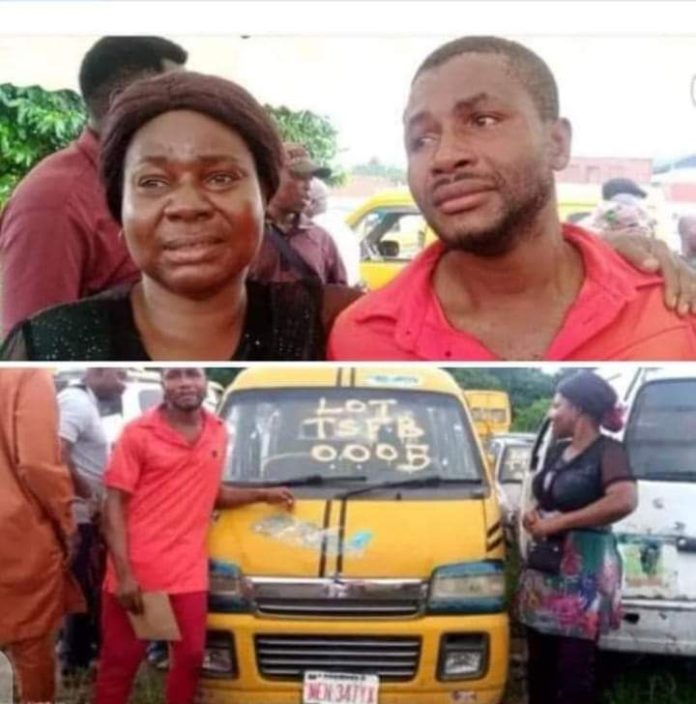 Emotions were let loosed on Thursday when a widow, 49, Eorothy Dike and her son, Osinachi Ndukwe, wept openly as they begged for price reduction while their only vehicle bought at the rate of N1.8.million on hired purchase was being auctioned for N450,000.

“I bought the bus at N1.8 million on hired purchase in 2021 and was plying Ijegun enroute Cele Expressway.

“The bus was three months old and I had remitted N300,000 when I drove against traffic in Cele area and the bus was impounded.

“Not only that, I was sentenced to three months imprisonment which I completed recently but before the completion, information reached me that my three years old daughter was ill due to lack of fund and before I completed the jail term, I got information that she had died.