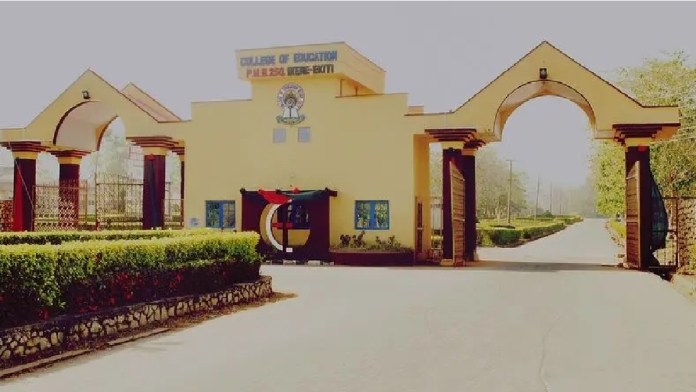 The Management of Bamidele Olumilua University of Education, Science and Technology (BOUESTI), Ikere-Ekiti, has denied the involvement of any student of the institution in the cult clash in the town over the weekend.

This is contained in a statement, signed by the Public Relation Officer of the institution, Mr Temitope Akinbisoye, on Wednesday in Ikere-Ekiti.

He described rumors making the rounds over the involvement of his students in the cult clash as not only malicious but unfounded.

According to him, the authorities of the University denied that the culprits and masterminds of the cult clash and reprisal attacks in the early hours of Sunday, April 18, in Ikere-Ekiti, were students of the University.

The entire Ikere-Ekiti, the headquarters of Ikere Local Government Area of Ekiti State, was troubled following a cult clash which led to the death of six persons and arrest of more than 45 suspects as confirmed by the PPRO, DSP Sunday Abutu.

According to eyewitnesses, the incident started on Saturday night when one member of a cult group, identified as Ojuale, was shot dead near Ikere city Hall, Odo Oja area of the town.

READ ALSO: Adebanjo: ‘Buhari is the number one enemy to unity of Nigeria’

It was gathered that Ojuale is an indigene of the town, who came from Port Harcourt on Friday to attend a wedding ceremony before he was killed by rival cult members.

Ojuale’s cult group launched a reprisal attack and unleashed terror by engaging in a shooting spree, forcing many residents to scamper to safety.

Facebook
Twitter
WhatsApp
Linkedin
Telegram
Previous articleAdebanjo: ‘Buhari is the number one enemy to unity of Nigeria’
Next articleFG Inaugurates New Governing Council For UNIBADAN, 4 Others