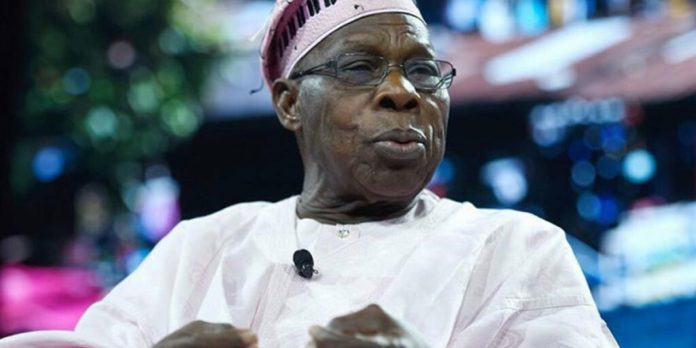 Ex-President Olusegun Obasanjo visited Abdulsalami Abubakar, the former head of state, in Minna, Niger state capital, on Sunday.
Obasanjo said he was in Minna to meet with Abubakar who has been indisposed.
Obasanjo reportedly arrived at Abdulsalami’s residence at about 12.30pm.
Following the meeting, Obasanjo was quoted as saying he would unveil his agenda for the 2023 elections “soon”.
According to NAN, the former president said he has no preferred candidate for the 2023 presidential election.
“I came to see my brother who has been a little indisposed. When he was in London, I wanted to visit him but the day I arrived in London was the day he left. So that is why I decided to come and see him at home,” he was quoted as saying.
“He is very special and I am still strong to visit those who are special to me.”
After leaving Abdulsalami’s house, the former president was said to have proceeded to the house of Ibrahim Babangida, the ex-military ruler.
In the past few days, Obasanjo has held meetings with presidential candidates of different political parties.
Last Wednesday, Bola Tinubu, presidential candidate of the All Progressives Congress (APC), met him at his residence in Abeokuta, Ogun state.
Obasanjo had said his meeting with the APC candidate was “more brotherly than political”.
A week later, the former president, Peter Obi, presidential candidate of the Labour Party (LP), and Nyesom Wike, governor of Rivers state, met in London, United Kingdom.