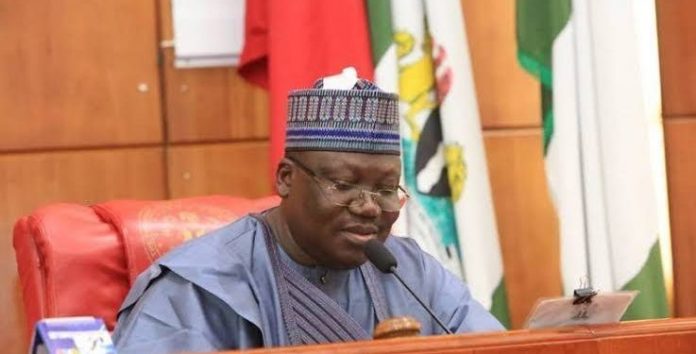 Senate President Ahmed Lawan has described the recent attacks on public assets in Imo state as an attempt to distract the government, saying such actions can lead to insurgency.

In the past days, there has been a series of attacks on government infrastructure in the state.

On Monday, gunmen attacked correctional centre, and the police command headquarters in Owerri, the state capital.

Over 1,500 prisoners were reportedly freed in the attacks.

Speaking on Friday in Owerri where he inaugurated a road project, Lawan said those attacking government assets are enemies of the people.

“We have been experiencing insecurity recently, especially in Imo state — the jailbreak, burning of police headquarters and so on and so forth. These may be attempts by enemies of the people to distract this administration or indeed the government of the federal republic of Nigeria,” Lawan was quoted to have said in a statement by Ola Awoniyi, his spokesman.

“This is in the public interest and therefore for anyone, whosoever that person is, to go and release prisoners or burn down the correctional centre otherwise known as prison, is No. 1 enemy of the people.

“This is so important because this kind of attitude — this kind of insurrection — can lead to insurgency. We have witnessed that in the north-east.”

“There is no ‘them and us’. It is government of the people, by the people, and for the people. So this is your government. Never allow anyone to confuse you or convince you that this is Hope Uzodimma government,” he added