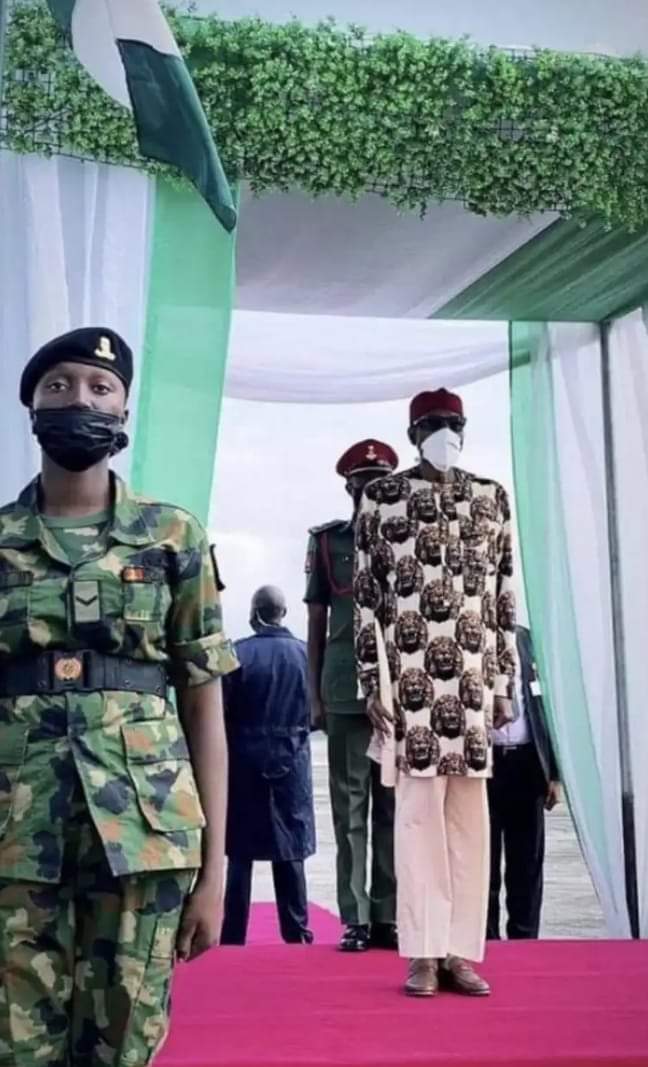 While many felt that the president’s Igbo attire (Isiagu, that is, lion’s head) was not properly tailored, others went as far as calling for the designer’s immediate arrest by the Department of State Service (DSS).

Another section of online commentators even dared to claim that the said tailor has been tracked and arrested by the security agency.

Even one Simon Ekpa, a self-acclaimed disciple of Nnamdi Kanu, the leader of the proscribed Indigenous People of Biafra (IPOB), in a Daily Post report warned that nothing must happen to the man who sewed the dress.

But for the record, facts must be juxtaposed with mere viral conjectures which were fabricated to stir emotions and mislead gullible persons.

First, it must be stated that the DSS deals with crimes against national security and as such, has no business in this sort of petty affairs.

Moreover, the body does not fail to announce and own up to arrests made by its operatives in any part of Nigeria.

Substantiating this position, a security expert, Ibiso Obene Ofiri, who spoke with newsmen on Saturday, September 11, concerning the issue noted that the officers of the special security unit cannot stoop so low in their operation.

“The president has many advisers around, what was their immediate reaction when they saw the dress?”

There was never any arrest by the DSS and reports claiming otherwise are fake news which must be avoided and jettisoned.