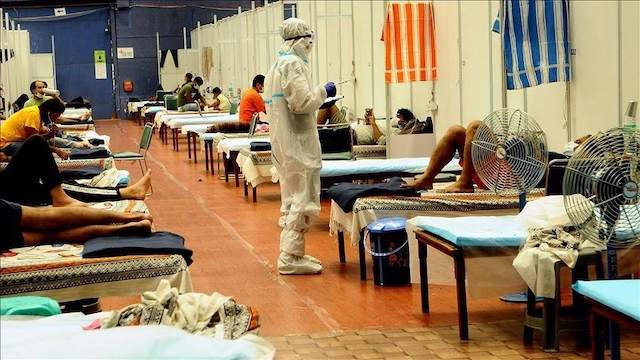 India’s capital New Delhi recorded 25,500 COVId-19 cases in a 24-hour period, with about one in three people tested returning a positive result.

The country is second only to the United States, which has reported more than 31 million infections.

Less than 100 critical care beds are available in the city of more than 20 million people, as social media was flooded with people complaining about lack of beds, oxygen cylinders and drugs.

The bigger worry is that in last 24 hours positivity rate has increased to around 30% from 24% … The cases are rising very rapidly. The beds are filling fast,” Kejriwal told a news briefing.

In a separate statement, the city government said it had informed Prime Minister Narendra Modi’s federal administration about “the dire need of beds and oxygen” and beds were now being set up in schools.

New Delhi, which has imposed a weekend curfew, is among the worst hit cities in India, where a second major wave of coronavirus infections is straining health infrastructure.