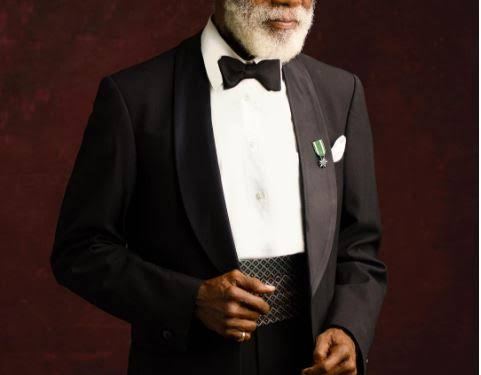 Jonathan A. Obafemi Olopade was born in Lagos on the 31st of July, 1926. He started his professional career in 1963 at Messrs. G. Maunsel & Patners (Consulting Engineers) in the United Kingdom where he worked as a Junior Engineer on the White City/ Baker Street Road construction in London and was also involved the traffic survey in the new diversion of traffic from the Centre City in Chester, England.

A former Minister of Defense and Foreign Affairs, Senator Musiliu Obanikoro has condoled with the family of Chief Obafemi Olopade, describing him as a passionate and patriotic Nigerian who played active roles in the struggle that birthed Nigeria’s independence.

In a statement signed on Friday, the former Minister also extended condolences to former President Olusegun Obasanjo who was a bossom friend to the deceased.

Obanikoro added that Chief Olopade lived an exemplary life and would be missed for his brilliance, wisdom and unequalled and insightful analysis of issues.

The statement reads in parts: “It is with shock and deep sense of loss that I received the news of the death of a foremost nationalist, engineer, businessman and industrialist, Chief Obafemi Olopade.

“Chief Olopade lived an exemplary life worthy of emulation and was a model to many of us. He was passionately and actively involved in the struggle for Nigeria’s independence, even as a leader of the Students’ Union in London, United Kingdom.

“Pa Olopade will be sorely missed, especially for his brilliance, intelligence, wisdom, unequaled and detailed analysis of issues as well as his patriotic poise.

“Chief Olopade was very sound minded and alert till his death at the age of 95.

“My heartfelt condolences and prayers go to the entire family and former President, Olusegun Obasanjo, a bosom friend of the deceased.”