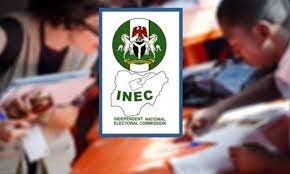 The Independent National Electoral Commission has released its notice of election for the June 18, 2022 governorship election in Ekiti State.

The Chief Press Secretary to the INEC chairman, Rotimi Oyekanmi, said that the notice was posted at the commission’s state office in Ado-Ekiti on Tuesday.

According to him, the move was in accordance with the timetable and schedule of activities for the poll released last year by the commission.

It has been reported that Section 30 (1) of the Electoral Act 2010 (as amended) provided that INEC must give Notice of Election not later than 90 days to the governorship election.

The commission said party primaries would begin from January 4 2022 and end on January 29 2022.

The timetable stated that campaign by political parties for the election would start on March 20 2022 and end on June 16 2022.