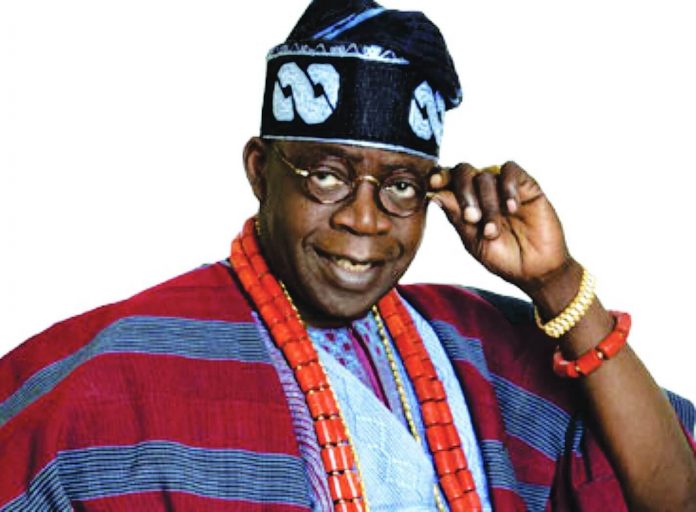 All Progressives Congress chieftain, Bola Tinubu, on Monday, urged the Federal Government to recruit at least 50 million youths into the Nigerian Army to boost Nigeria’s fight against terrorism, banditry and all forms of internal and external security threats confronting the nation.
Tinubu who spoke at the 12th colloquium to celebrate his 69th birthday in Kano State said We are under-policed and we are competing with armed robbers and bandits to recruit from the youths who are unemployed —33 per cent unemployed?”
“Recruit 50 million youths into the army,” he stated, adding that “what they will eat —cassava, corn, yam, will grow here.”

The APC chieftain, while reacting to recent statistics by the National Bureau of Statistics that over 23 million Nigerians are jobless, also urged the government to create jobs for youths in the agricultural value chains.
He said, “Don’t talk about illiteracy, anybody who can hold a gun, who can handle a gun, who can cock and shoot is technically competent to repair a tractor in the farm.”
The former Lagos State governor, however, saluted “very creative” youths in the country, saying, “They are angry, they are showing their anger but we will appeal to them”.
The colloquium held in Kano, was themed, ‘Our Common Bond, Our Common Wealth: The Imperative Of National Cohesion For Growth And Prosperity’.
The event was virtually attended by the President Muhammadu Buhari , who chaired the occasion and restated the essence of a One Nigeria.
The colloquium was also virtually attended by the Vice-President, Yemi Osinbajo; House of Representatives Speaker, Femi Gbajabiamila; Senate President, Ahmad Lawan; amongst others, whose itineraries were disrupted by poor weather from the Abuja airport to the Kano airport.