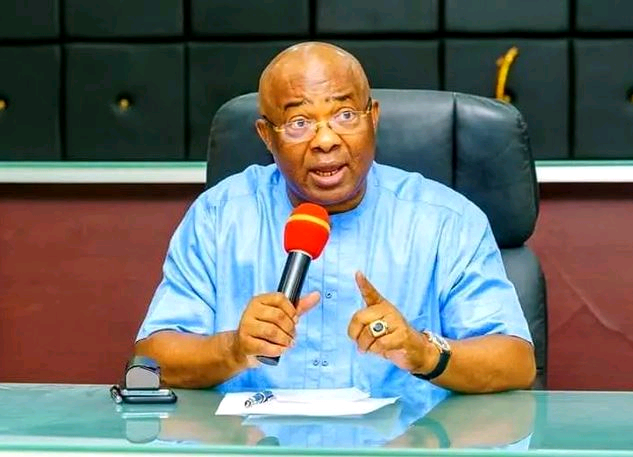 Imo State Governor, Hope Uzodinma has revealed those behind killings in the state.

He blamed some politicians who are against the All Progressives Congress, APC, saying that they are behind the killings and insecurity in the state.

He spoke at the Cathedral Church of Transfiguration of Our Lord, CATOL, in Owerri, the state capital, yesterday.

The governor also said those blaming President Muhammadu Buhari for insecurity are behind such acts.

Uzodinma pointed out that members of the Peoples Democratic Party, PDP, has not recorded any casualty, unlike the APC.

“I pray that God will touch the hearts of these people who are sponsoring the killing of innocent ones, burning houses and destroying public property in the name of politics.

“I have crosschecked since the inception of this mindless blood-letting in Orlu, Orsu and other communities in the zone, not one Peoples Democratic Party, PDP, a person has died, their houses burnt or attacked.

“It is clear to me, therefore, that these killings are the handiwork of politicians who are after the APC members,” Uzodinma said.