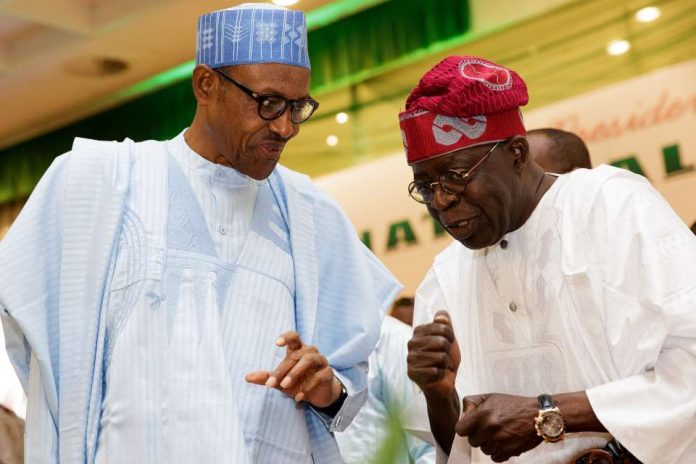 Time for Yoruba to speak in unison’
Traditional rulers in Ondo State have declared that now is the time for President Muhammadu Buhari and all northerners to reciprocate the support enjoyed from the South-West geo-political zone of the country ahead 2023 Presidency.

The Abodi of Ikaleland, Oba George Faduyile, who received the South-West Agenda (SWAGA) delegation in his palace at Ikoya, Okitipupa Local Council, alongside other monarchs from the area, yesterday, said Tinubu is capable to be President of the country.

The delegation visited the palaces of Abodi, the Osemawe of Ondo Kingdom, Oba (Dr.) Victor Kiladejo and the elder statesman and leader of the socio-political group, Afenifere, Pa Reuben Fasoranti, in his Akure residence.

Oba Faduyile noted that it would be wicked and saddening if the northerners would support another person against Tinubu, stressing that the former Lagos State governor is a reasonable leader who can rule the country.

“Tinubu has been supporting President Muhammad Buhari and the North for years, now is the time for the North and Buhari to reciprocate the good political gesture and support him,” he said.

According to him, no traditional ruler in the six states of the South-West geo-political zone would contradict the candidature of Tinubu.

Meanwhile, former Minister of Works and Co-ordinator of SWAGA, Dayo Adeyeye, reiterated that it was imperative for Yoruba people to speak in unison ahead of the 2023 presidential election to produce Buhari’s successor.

He said that the only way the South-West could get it right was to support Tinubu.

Receiving the SWAGA delegation in his palace, Kiladejo said it was important for all politicians in the South-West, especially the Yoruba, to shun enmity and discord among themselves to achieve the ambition.

Fasoranti, on his part, declared unflinching support for the APC National Leader’s candidature, saying: “Tinubu will have my support. I know him very well and he can do.”