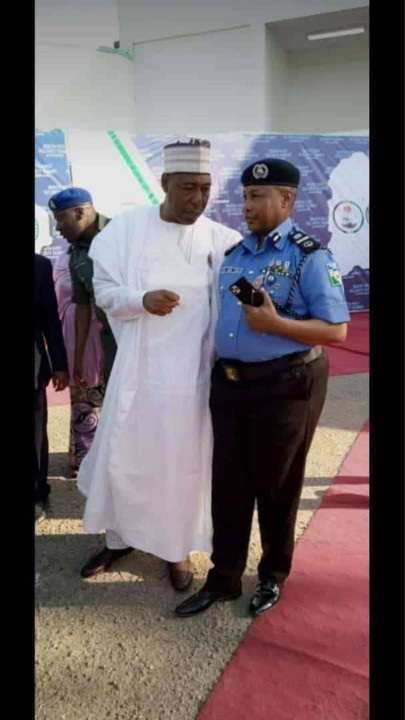 The newly appointed Inspector-General of Police Usman Alkali Baba has only two years left in the Nigeria Police, Franktalknow has learnt.

However, he has only two more years to spend as an officer of the Nigerian Police Force.

This is because the Acting IGP admitted in a 2014 interview that he joined the Police Force “sometimes in March 1988.”

He said this during an interview with The Vanguard published on September 24, 2014.

“Alkali Baba Usman was born sometime in 1963. I am an alumnus of Bayero University, Kano, and the University of Maiduguri, UNIMAID.”

In his response in the interview, he had said, “I am married with children. I joined the Nigerian Police Force sometime in March 1988. I rose from the rank of ASP, and thence to the rank of Commissioner of Police, last January 27th.”

This means that he is 33 years in service and 58 years of age. The Police Act prescribes a maximum of 35 years of service and/or 60 years of age for retirement -whichever comes first.

Acting IGP Baba should be 35 years in service and 60 years in 2023, hence due for retirement in the election year.

READ ALSO: ‘They Didn’t Even Allow Him Return To Abuja’ – Twitter Reactions To Removal Of IGP Adamu

Part 111 Section 7 (6) of the Police Act, repealed as the Police Act Cap. P19, Laws of the Federation of Nigeria, 2004, prescribed a four-year single tenure for a person appointed to the office of the IGP.

The appointment of an IGP is subject to the provisions of clause 18, which stipulates that every police officer shall, on recruitment or appointment, serve in the Nigeria Police Force for a period of 35 years or until he attains the age of 60 years, whichever is earlier.

If, like former IGP Adamu, his tenure is extended, there could be legal fisticuffs, especially because 2023 is an election year.