JAMB under Oloyede and use of technology By Olabisi Deji-Folutile

Listening to Prof Ishaq Oloyede, Registrar, Joint Admissions and Matriculation Board at the 2021 Policy Meeting which held virtually on Tuesday, reaffirms my belief that there is nothing peculiar about Nigeria’s problems. Our challenges are not insurmountable!  We only need courageous, sincere and selfless people in leadership positions to tackle them.

Those who have been following the story of JAMB in the last five years will acknowledge that the examination body has recorded some positive changes since the professor of Arabic and Islamic Studies took over as its chief executive officer. Paradoxically, Prof Oloyede is the current Secretary General of the Nigeria Supreme Council for Islamic Affairs. But in spite of our society’s penchant for reading religious meaning into almost everything, nobody has   imputed any form of religious bias against Professor Oloyede in recent times. I guess he must have earned Nigerians’ confidence by his actions.

When the registrar remitted N7.8bn to the Federal Government coffers in 2017 as proceeds from sales of application forms for that year alone, everybody hailed him-Christians, Muslims, traditional worshippers and even atheists.  Before then, his predecessor in office had remitted a paltry sum of N50m to government purse in five years. It was also on record that the N7.8bn remitted was not as a result of hike in the cost of purchasing UTME forms but purely a product of prudent management of the board’s resources.

It is also on record that President Muhammadu Buhari approved a reduction in the cost of JAMB form from N5, 000 to N3, 500 in 2018 based on the recommendation from the education minister which I believe must have been initiated by the registrar.  That is the typical example of what a nation gets when competent and honest people are put in charge of its public affairs.  No wonder, some people had to prevail on Oloyede to accept a second term offer, which I learnt, he was very reluctant to take. The truth is, those who lobby and beg for political offices, often time do so for personal aggrandisement. Any leader would be too willing to reappoint someone like Oloyede for a second term. I read comments like “The first thing this President ever did right” from different social media platforms following his reappointment. This shows how widely accepted he is among many Nigerians.

In my column on the hypocrisy of Nigerian leaders last month, I did note that religion and tribe have nothing to do with development. I explained that technology has no religious affinity.  I mean nobody cares about the religious background of an innovator so long the innovation solves human problems. Or how many people go about researching the religious backgrounds of scientists that provide medical solutions to world’s worst ailments, sicknesses and diseases?  The plain truth is that many Nigerians don’t care about the religious background of any political office holder- they are only interested in positive changes. The politicians are the ones always playing religious and tribal cards to achieve selfish ends. 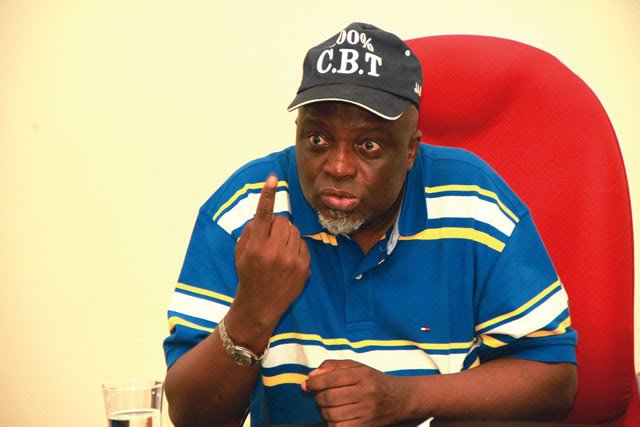 I am particularly impressed with the way JAMB is deploying technology in tackling the challenge of exam malpractice which was a major problem of the board in the past . There was a time in the history of this country when there was hardly a correlation between candidates UTME scores and their academic performance in their higher institutions. Then, JAMB officials, candidates, special centres etc., cheated the system unhindered. I remember a conversation with a former vice-chancellor of the University of Ibadan, Prof Bamiro, who lamented the rate at which students were dropping out of courses like medicine and engineering in the premier university then. These were candidates admitted on the basis of their high scores in UTME.  It got so bad that nearly 50 per cent of students admitted for these courses were dropping out in their first year because they couldn’t cope with the rigours of academic activities that those courses required.  The situation was not peculiar to UI alone. This was the reason behind the introduction of post-UTME.

Gladly, the situation has now improved. I learnt there is a greater correlation between students’ performance in UTME, post-UTME and their performance in academics.  This suggests an improvement in the integrity of the UTME, which is commendable. Of course, I am not in any way suggesting that everything is perfect but we need to acknowledge areas where there are improvements. Actually, the former registrar of the board, Dibu Ojerinde, began the deployment of technology in its exams with the introduction of Computer-Based Test (PPT) in 2013.  However, the CBT couldn’t totally eliminate exam malpractice because it could not, for example, check cases of impersonation and other ways of cheating.  Candidates were still doing all kinds of things to cheat the system. Some used programmable calculators, wristwatches, etc.

From my close observation of JAMB activities in recent times, I notice that the board has been deploying technology in greater dimension to improve on its exam delivery. This has   reduced cases of malpractices.  For instance, there was a time when it was very easy for people to hire mercenaries to sit exams on behalf of candidates. But with the use of biometrics, that is no longer feasible as fingerprints must correspond with that of the candidate that registered for the exam. Some candidates also deceived the system in the past by using wrong names for registration but this too has been curbed with the introduction of the National Identification Number (NIN) for registration.

It is on record that cases of exam malpractice in 2021 went down drastically as a result of the use of the NIN for UTME registration. There is also a sharp drop in the number of candidates that registered for UTME this year compared to last year suggesting that the use of NIN could have discouraged some candidates from registering for the exam. While 2.1 million candidates registered for the exam in 2020, only 1.4 million candidates registered in 2021.  I know there are still cases of exam malpractices like candidates colluding with some institutions to input false JAMB scores on the portals and so on; but the most important thing is that as JAMB makes new discoveries, it puts measures in place to check such nefarious activities.

You see, this has always been my point. Corruption is better fought via technology than platitude. Corrupt people are everywhere. Corruption is not peculiar to Africa. The reason why we see more corrupt cases in Africa is because we create room for corruption to thrive.   The more technology we deploy in doing business, the more transparent the system becomes and the greater the integrity of the system. If you make it difficult for people to be corrupt, cases of grafts will ultimately reduce.

Unfortunately here, it seems government deliberately opens “chop- chop” means for unscrupulous Nigerians to exploit people.  That is why things that ought to have been automated are deliberated left loose to give some public servants and government agents the opportunity to exploit others.  For example, it’s still almost impossible to renew a driver’s license or international passport in this country without human interface. These personnel deliberately complicate the process. At the end of the day, people are forced to grease the palms of FRSC, Immigration, Customs, local government officials, etc., to get things done.  There was a particular year that I was determined to follow through the so-called official process put in place by the FRSC to renew my licence and I paid dearly for it. I wasted my time and energy. The process was too cumbersome and at every point there was always a barrier. Needless to say I have since learnt my lesson. I also tried once to renew my international passport the official way. It also ended in disaster.  As for the National Identification Number (NIN), just pray not to have any problem with the way your name is spelt or arranged. It can take a year to effect the correction.

Nigeria’s failure in deploying technology is partly responsible for the high mass of kidnappings and banditry we experience these days. Or how do we explain a situation where our law enforcement agencies find it difficult to nab criminals that use registered telephone lines to negotiate for ransom from families of kidnapped victims? 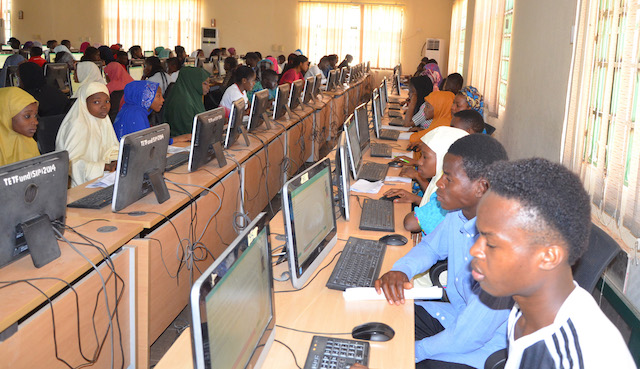 Examination malpractice remains a threat to quality education in any society. JAMB has shown that technologies like facial recognition, biometric system and CCTV cameras can be used to mitigate examination frauds, other examination bodies in the country should follow JAMB’s footstep and deploy more technology in the delivery of their exams.

Meanwhile, it is gratifying to see that Prof Oloyede has been given another five years to steer the affairs of JAMB. All eyes are on him to take the board to greater heights and I sincerely hope he will not disappoint his numerous admirers.

There Are No Muslim Names, No Christian Names By Tola Adeniyi