Home Foreign Jeff Bezos Is Once Again The Richest Person In The World After...
Foreign 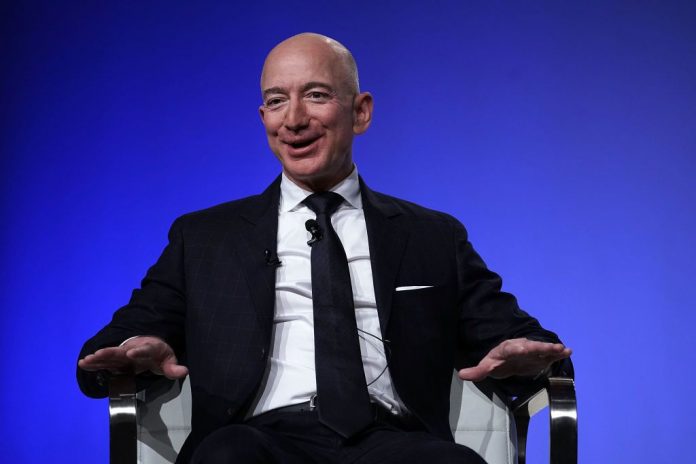 Barely two weeks after losing the title of the richest person in the world to LVMH chief Bernard Arnault, Amazon’s Jeff Bezos reclaimed the No. 1 spot.

Forbes stated that Amazon shares closed more than 2% higher on Thursday, June 10, boosting Bezos’ net worth by $3.5 billion, while shares in Arnault’s luxury conglomerate LVMH slumped by nearly 1%, slashing $1.4 billion from his fortune.

In the report, Forbes said it’s been a rollercoaster few weeks for the two titans, who have been trading the top spot back and forth. On May 24 and 25, Arnault briefly passed Bezos before the markets opened in New York and Amazon shares rose, giving the Amazon founder the upper hand. Then, on May 27, Anault took the lead and held it for two weeks.

Most of Bezos’ net worth is tied up in his Amazon shares. He owns about 10% of the e-commerce giant in addition to an estimated $19 billion worth of cash and investments, $500 million in real estate, plus aerospace company Blue Origin and the Washington Post.