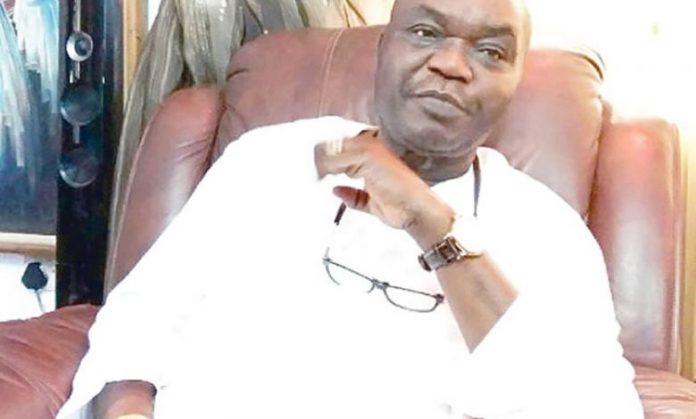 A founding member of the All progressives Congress, APC, Mr. Charles Idahosa has claimed that the ongoing June 12 protests are ‘sponsored’.

In an interview with Daily Independent, Idahosa, who is now in PDP, claimed that most of the problems plaguing the country at the moment were inherited from previous administrations. He stated that there will be no ‘Arab Spring’ in Nigeria.

“As far as I am concerned, these protests are totally uncalled for. Those who organised it are being sponsored. Yes, we know things are bad in the country and the economy is worse”.

“But the truth is that all the problems Buhari is confronting now were inherited from previous administrations, it didn’t just start in 2015. Since coming to office, Buhari has done so many positive things such as the revamping of the rail sector.”

“I am very impressed with that because if we can have a good rail network, there will be no danger when we travel on the highway. But like I have always said, Nigerians should learn to believe in the ballot box.”

“If you are not happy with Buhari, instead of sponsoring criminal gangs to go and shoot police and burn down INEC offices in order to create an atmosphere of insecurity, why not wait till the next election in 2023 and vote out his party through the ballot? There will never be an Arab Spring in Nigeria if that is what they are thinking.”

Facebook
Twitter
WhatsApp
Linkedin
Telegram
Previous articleNYSC Shuns Applications By Corps Members Who Want To Redeploy From North Due To Insecurity
Next articleWoman sells daughters for N300,000 in Ogun