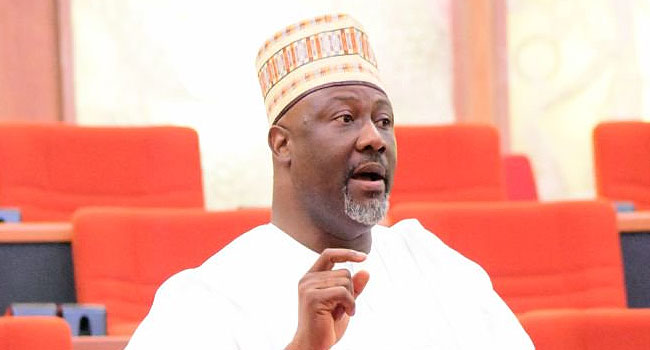 The lawmaker representing Kabba/Bunu Ijumu Federal constituency, Tajudeen Yusuf, has defeated Senator Dino Melaye to clinch the Peoples Democratic Party senatorial ticket in Kogi State.
Yusuf defeated Melaye, who represented Kogi West in the 8th Assembly with 163 votes as against 99 votes polled by Melaye. There was a rerun election held Tuesday in Kaba, following a tied result of 88 votes apiece for the duo of TJ Yusuf and Dino Melaye after Monday’s delegates election.

In Kogi East, former banker, Dr. Victor Adoji clinched the ticket to fly the flag of PDP at next February’s general elections.
As of the time of filing this report, the delegates’ election to Kogi central is yet to be held after some of the aspirants’ pictures did not appear on the ballot papers.
It was however learnt that officials left Lokoja for Okene at 18.30.