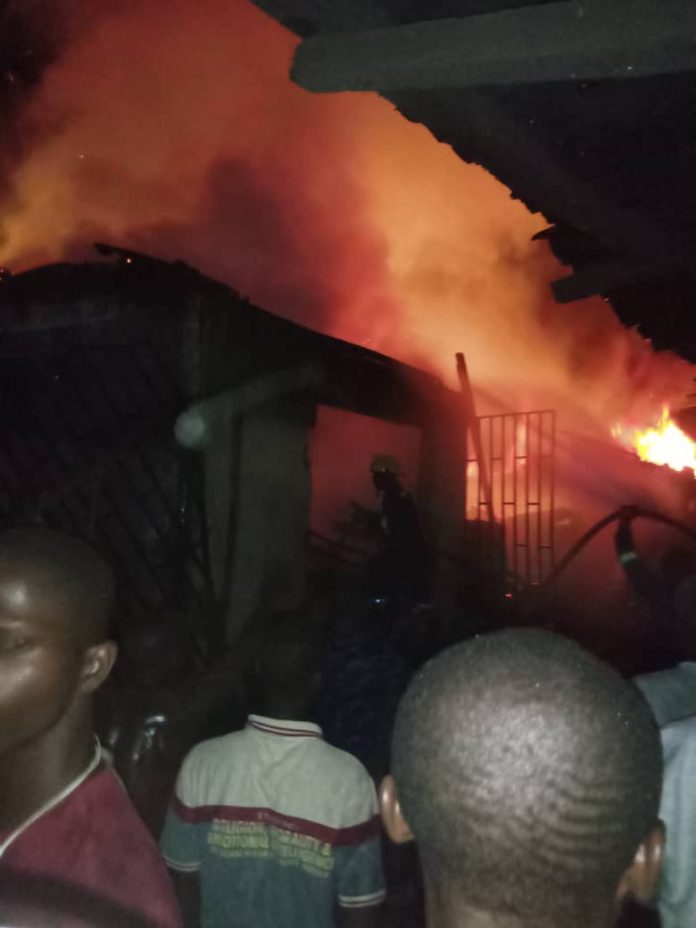 The Popular Nyanya market on the Abuja-Keffi expressway in Abuja has caught fire.

According to an eye witness, the fire was first noticed at about 7 pm on Tuesday and resulted in the destruction of yet to be ascertained quantity of goods.

Hoodlums were said to have cashed in on the incident to break into stalls and cart away goods.

Fire engines were later seen battling to put out the blaze which had already affected several shops.

At the time of this report, it was not clear what caused the incident.