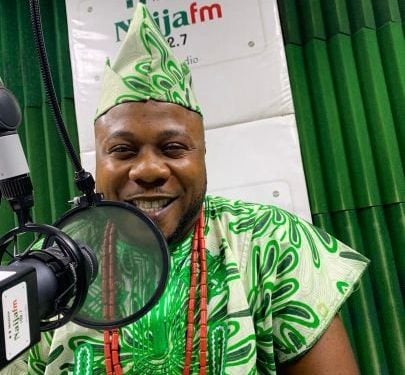 According to The Nation, he was shot dead on Saturday night by gunmen in Oluyoye area of Ibadan, the Oyo state capital city.

Badejo, who worked with Space FM and later Naija FM in Ibadan, died a week after he celebrated his 40th birthday.

It was gathered he was murdered outside a club at Oluyole Estate, Ibadan around 11:30pm.

Ejanla, who also acted in movies, was said to have been in the company of some of his friends since 9pm in the club.

He was gunned down when he was about leaving around 11:30pm, sources told The Nation.

One of them said: “He was leaving with some friends when two masked men riding on a motorcycle suddenly stopped, wielding guns and asking all of them to lie down and he was shot repeatedly by the assailant. Only him was shot and they didn’t take anything from him.”

His body was taken to the mortuary at Adeoyo Hospital, Ring Road.

Oyo Police Command could not be reached to confirm the report.