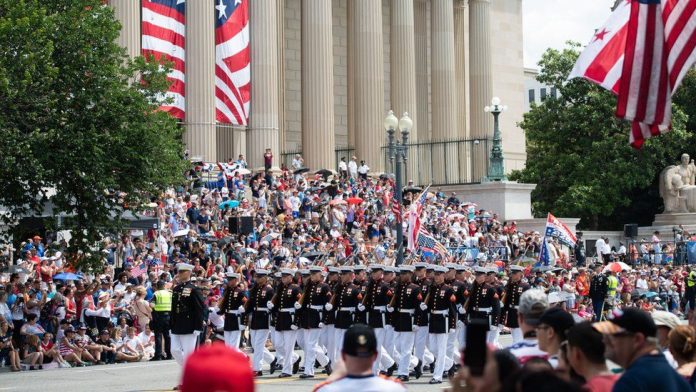 Multiple people have been shot at a 4th of July parade in Highland Park, Illinois, according to an official.

A video by a witness shows people fleeing the sound of gunfire. The event was immediately cancelled.

Witnesses told the Chicago Sun Times they saw at least five people lying on the ground in pools of blood and another under a blanket.

Illinois Rep. Bob Morgan tweeted Monday that he was at the parade and there were multiple injuries.

“For those unaware, there was a shooting at the Highland Park Parade. I am ok but there have been multiple injuries. Please stay out of the area, stay safe, and please pray for those injured”, he wrote.

“My staff and I are closely monitoring the situation in Highland Park. State police are on the scene and we have made all state resources available to the community.

“We will continue working with local officials to help those affected”.