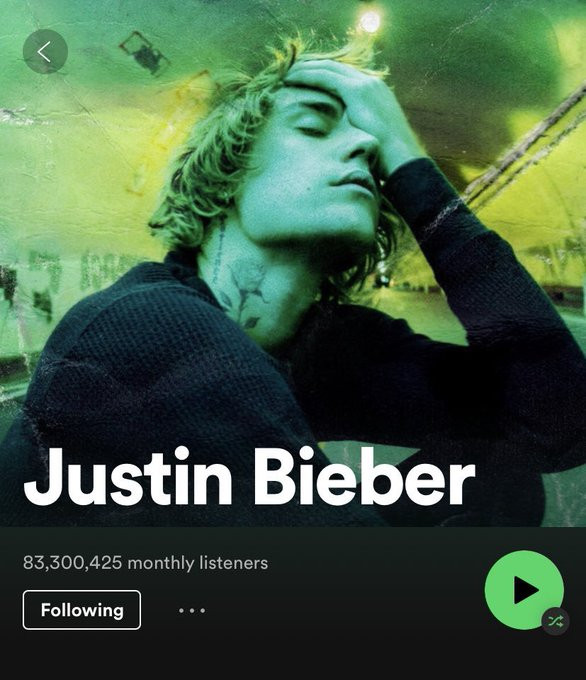 Canadian music star, Justin Bieber has added yet another record to his name.

The woman with the most streams on the platform at the moment is Dua Lipa, with 65.5 million monthly listeners, as Doja Cat trails close behind with 60.84 million.

The record before this was around 82 million monthly listeners, held by Ariana Grande for some time.

Though some music lovers have started calling Bieber “Prince of Pop” – an heir apparent to Michael Jackson, Michael Jackson’s music continues to set new standards even more than a decade after his untimely death. This week, his song “Thriller” was certified 34X Platinum.